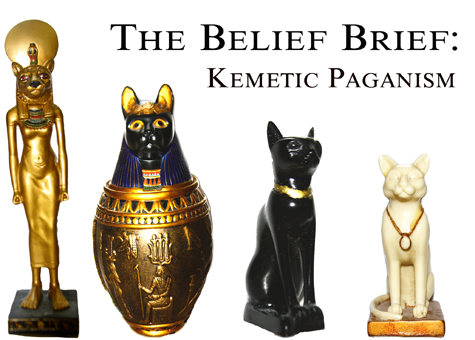 Paganism, a polytheistic religion similar to Wicca, is based on a simple message: “If it harms none, do what you will.” Believers ascribe to the pantheons of ancient cultures, especially Rome, Egypt, and Greece. The religion’s community worship takes place through groups called covens, but its focus is largely on each believer’s individual preferences, meaning that pagan practices vary greatly across the globe. There are almost one million pagans in the United States—and at least one at Manual. For senior Laura Anderson, being a practicing Pagan is a source of happiness as well as ostracism.

Like many Pagans, Anderson was not born into the religion; she converted several years ago. “My fifth grade English teacher, Mrs. Hawkins, assigned us to do a research paper, whatever we wanted; so I said I wanted to do it on mythology because I thought it was different. I went, did research, and it just stuck with me,” said Anderson. What catalyzed her official conversion, however, was her experience with another religion: Roman Catholicism.

Although she was raised in the religion, Anderson felt uncomfortable with the church. “When I considered myself to be a Roman Catholic, a lot of it was so strict: you had to go to church, you had to do this, you gotta do this, all these things that you have to do in order to call yourself a Roman Catholic,” she said. She recalled an uncomfortable time in her youth group: “One day I raised my hand; I was like, ‘Well, I don’t consider myself Christian. I consider myself Pagan.’ You would have thought I had just told them I was a terrorist, because it was the worst thing ever.”

Anderson follows the Kemetic branch of Paganism, an ancient Egyptian belief system. Likewise, her patron goddess is Bastet, the Egyptian deity of cats. Anderson does not have access to a local coven, and she often worships in the privacy of her home. “I just do little meditations and stuff in my head,” she said. “I actually have my own altar at my house, and I have statues of Bastet that I’ve gathered over the years.”

Since her conversion, Anderson has had trouble explaining the religion to other people. “In Psych this year, when we were talking about different religions that people are—and this happened in Holocaust [class] too—when I told people I consider myself a Pagan, they’re just like, ‘What is that?’ And then when you try to explain it, they just give you this astonished look,” she said.

Anderson has also faced ostracism from her family. “My mom knows I do it but she says I’m just atheist, because that’s easier to say to her friends and stuff rather than say ‘pagan’ because there are certain connotations that come along with paganism,” she said. “My father’s side of the family has completely rejected me over it. We have no interaction.”

In spite of this, Anderson has found contentment in her religion and plans to continue to practice it, as it is a major part of her life. “I think it got rid of a lot of the restraint that I felt [as a Christian.] It does feel nice that you have something bigger than yourself that you can turn to. It makes me feel happy, and I think that’s what I want out of a religion.”

The Belief Brief, a collaboration between Emily McConville and Carolyn Brown, is a weekly blog about the different religions students at duPont Manual follow.