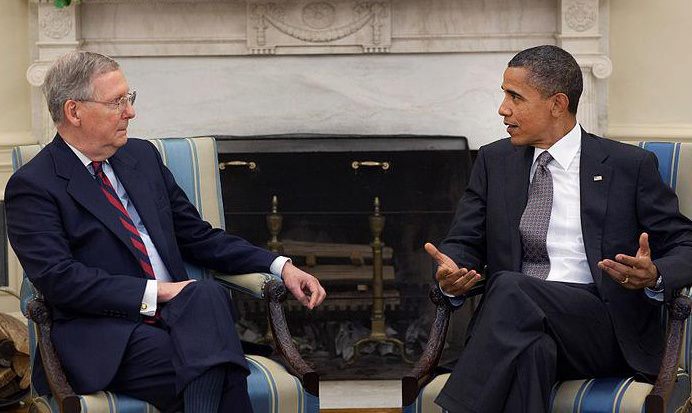 President’s Day will possibly gain new significance at Manual this year because of The President Project.

The senior class’s year-long project to get President Barack Obama to speak at its commencement offered new information today on its Facebook page:

[quote]We are trying to reach at least 1,500 page likes in honor of President’s Day which is tomorrow, February 20. If we reach this goal by 11:59 Saturday night, we will make a special announcement the following day. Tell your friends and family about us and have them like our page.[/quote]

The page currently has 1,356 likes, clearly short of the group’s goal. The goal would represent support by a nearly a three-fourths of the school’s population.

“Our goal for the Facebook page since the beginning has been to get the entire school – freshman, sophomores, juniors, and seniors – to all like the page and really show that we have the full support of the school,” Michael Perry (12), the senior class president and organizer of the project, said.

Since the project’s start, the school has showed much support for the group. “On the grassroots level it has been amazing just to see students and parents and teachers rally around a cause, unite for a common purpose,” Jake Sims (12), President of the Teen Republicans and member of the President Project, said. “The Facebook community has only helped us to grow and continue to generate support. Just “liking” the page is a great way to positively endorse the whole idea behind The President Project.”

Perry was exited about the prospect of meeting the marker, but unsure of how much of a long-term impact it would have. “I think that this next wave is great, but it’s still a little short,” he said. “We have overwhelming support at the school level. Almost every student is very excited about what’s going on, and wants the Project to succeed. The school is almost one hundred percent behind us, and we like to think that that is a testament to the bipartisan message and central theme of education.”

The announcement was vague and had no real details on what the news for the project was, but project organizers were excited.

“We have a big announcement we’ll release,” Sims said, “arguably the biggest development for The President Project yet.”

As The President Project continues to gain momentum, Sims wants to share the message of the projects importance to our country. “This Project is about more than the class of 2012, more than duPont Manual; it’s about the importance of education and bipartisan commitment to excellence and what’s best for the country,” he said.

UPDATE: The project reached its goal ahead of schedule. The President Project facebook group had 1,516 likes as of 3:00 p.m. Monday, February 20, ahead of it’s goal to meet that number by this Saturday.

UPDATE: As of 7:32 p.m. Monday, February 20, The President Project has announced that it will release the information this Thursday. They hope to hit 2000 likes by that time.

[quote]Outstanding work everyone! You guys have exceeded the goal and did it way before the Saturday night deadline. Instead of making the announcement on Sunday evening as originally planned, we will make the announcement this Thursday because of your amazing support. We broke 1,500 likes after only one day, but can you guys break 2000 before Thursday night?[/quote]
Delete Image
Align Left
Align Center
Align Right
Align Left
Align Center
Delete Heading