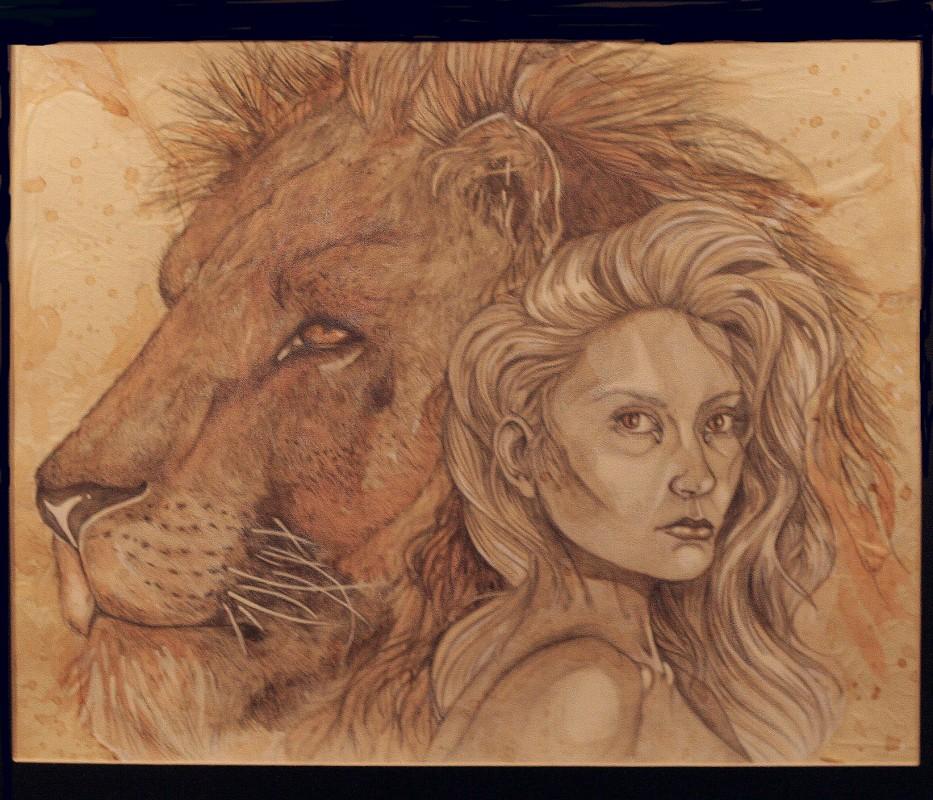 According to the artists, “Chronology” reflects the effects of time on living things. “The theme and the motif of our show is mostly focused around growth and decay, and time’s process of growth and decay,” Deddens said. Visitors can see this throughout the gallery, including in its centerpiece. Four large stools, surrounded by bottles and lightbulbs, are on a raised wooden platform. The stools, each topped with a rusted clock face and working motor, surround a larger clock face, which is affixed to two poles. From the wire-draped poles hang a variety of objects: clockwork gears, lights encased in white globes, and mosses in lightbulbs – mini terrariums. The clock motif extends to the envelopes holding the artists’ statements about the themes and purpose behind their work as well as the clockwork gears that welcome visitors to the exhibit.

Many of the artworks focus on human subjects at all stages of life, from teenagers (“Strongberg” and “Bathroom 1,” by Joe Hodapp) to the elderly (“Grandma” and “Popey,” by Abby Brill). Earthy colors – tan, brown, red – decorate the gallery.

According to Brill, the exhibit took lots of preparation. “We had Saturday workdays where we would meet at eight in the morning and we wouldn’t leave until twelve at night. We would just set up the installation, come up with ideas – it was a really big process,” she said. Despite the stress, Brill felt proud of the results. “It makes me feel really accomplished. I feel like we’ve really come together as a group and collaborated and worked really hard, and this really feels like it really pays off,” she said.

“A lot of work went into it …. in the end, I do think that it turned out nice,” Goodner said. “And I think everybody else enjoys it, too.”

Students can leave comments for artists in journals at the front of the exhibit. The exhibit is open to students during and after school until March 19.