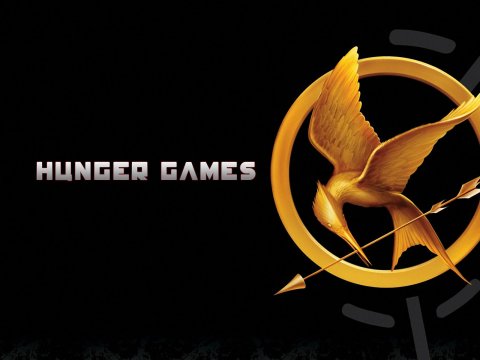 This is not going to be a formal review from the Redeyed Reader. This will be partially due to the fact that I am such an avid fan of The Hunger Games and cannot contain my happiness, and also because I am writing this on only two hours of sleep and my brain cannot handle any formal writing today. This is what happens when the Redeyed Reader becomes the Redeyed Movie Watcher.

To start, I must say that the vibe from the premiere was fantastic. Walking through the hallways I was surrounded with the hum of excited chatter. There were several Effies with gigantic wigs (and ridiculous-looking makeup to boot), and flashes of mockingjay pins could be seen wherever I looked.

As far as the actual movie goes, with the time frame the producers and director had to work with, they portrayed the book extremely well. The bits and pieces they did not add from the book did not take away from the magnificence of the story. I was also extremely intrigued by the new things they added, taking advantage of the film media and showing some of the things that went on behind the games. For example, they showed President Snow’s gradual realization that Katniss was a force to be reckoned with (don’t worry, those who haven’t read all the books shouldn’t completely understand that reference).

Jennifer Lawrence and Josh Hutcherson were both perfection. Their acting was phenomenal and their chemistry was great. There really isn’t much more that is needed to be said about them. However, I will say that they were certainly not the only actors to do a fantastic job.

One of the most amusing aspects in the entire film was the quarrelsome relationship between Haymitch and Effie, it was hilarious. It must also be said that it was hard for any cast member to outshine Stanley Tucci (Ceasar Flickerman) in any scene that he was a part of. I highly doubt that anyone would have been more perfect for that role.

As a huge fan of the books I can say that they did a wonderful job, and I’m a picky book-to-movie person, believe me. It was totally worth the exhaustion I feel today, and just as a side note, going to see this movie a great way to spend time with your friends (especially if they are fans of the book).

Read (and watch) on,