Love At First Listen: How I Came To Terms With The Apocalypse 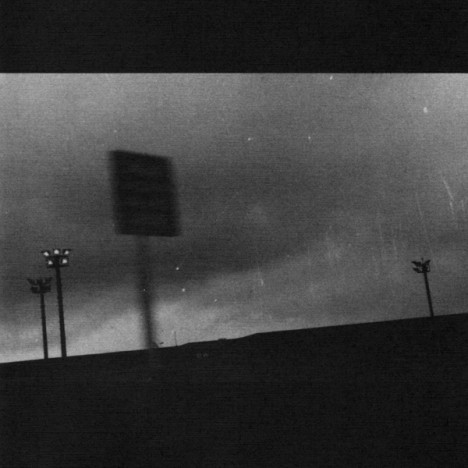 As with any Spring day in Louisville, your typical sunny afternoon can instantly transform into a maelstrom of dark, towering thunderheads that seemingly pop out of nowhere and swallow the greater portion of the city.

About a week ago, I was driving down Hurstbourne Parkway at dusk when I looked out my window and noticed a gargantuan mass of water vapor in the sky. It was a large pile of destruction that looked like a balloon about to burst. Every now and then, purple lightning would surge from one side of the cloud to the other, with no accompanying thunder to give any indication of how soon or how long I could expect the storm to reach me. Everything on the ground was about five shades brighter than the sky that was dark enough to be used in a movie scene for the apocalypse.

I sat at the red light completely captivated; the juxtaposition of everyday life passing me by in the form of cars and trucks and motorcycles seemed not to care of the cloud. It was a moment in which I felt I was the only observer. I was the only person who knew of this imminent destruction.

To cope with this feeling that was engulfing me just as the cloud was engulfing both my city and my conscience, I hastily scrolled through my iPod until I reached “The Dead Flag Blues” by the Canadian instrumental-rock band Godspeed You! Black Emperor. I pressed play.

Godspeed is one of those bands I can only listen to under the right circumstances. Late nights, long drives through barren Midwestern landscapes, and thunderstorms are but some of the most fitting times I have found to enjoy their music, which paints an image of a desolate world consumed by destruction. Through the use of dissonant guitar melodies, obscure and haunting spoken-word samples, weeping string sections, and miscellaneous noises I can’t always decipher, they seem to effortlessly create a soundtrack for the end of times.

The light turned green, and I began to drive again, as the bass rumble of the beginning of that song began to wash over me just as the storm cell inevitably would. My windows were still down, welcoming the calm-before-the-storm breeze into my car. The opening spoken-word sample, of a man describing his experience of the apocalypse, had receded just as the breeze did. An ominous guitar riff began to play. Violins began to accompany it, wailing in the background like the cries I envisioned while listening to the man’s description of the world coming to an end, or like the surges of lightning that were growing in frequency.

I turned onto Shelbyville Road, and was now driving directly into a black sky. The foreboding guitar riff continued to build as it rambled around the insides of my skull. I was completely encompassed in that moment; the song I was listening to made my experience completely real. It elevated it to a level of cinematic quality, almost. It were as if I was watching a movie scene of myself driving into the end of the world with that song narrating the experience.

Heading home, I was reminded of the power music can have at the right moments. Sensory experiences, moments of any intense feeling, and in my case, drastic changes in weather, can be amplified with the correct song pairing. How you internalize the world around you can be subject to the sounds you hear.

As a human being, and as a music listener, I prefer to capitalize on those experiences. I prefer not to use music as a tool to drown out the world in which I live, but as a method of gaining a stronger connection to it.

Life is what you make it, but understanding the world is all in how you listen to it.