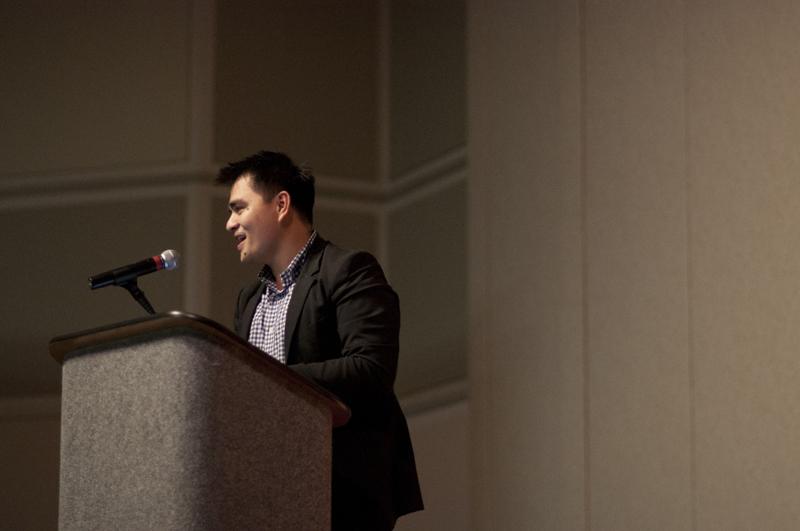 Guest key-note speaker for University of Louisville's pride week, Jose Antonio Vargas, and award winning journalist speaks about his life and coming-out twice on Wednesday, October 3, 2012. Vargas is an openly gay man as well as undocumented. In June 2011 he published a personal essay, “My Life as an Undocumented Immigrant,” for the New York Times Magazine where he made his immigration status public. photo by Yazmin Martinez

Pulitzer Prize winner Jose Antonio Vargas visits University of Louisville for their pride week. He is part of the lesbian, gay, bisexual, and transgender (LGTB) community as well as an undocumented immigrant from the Philippines.