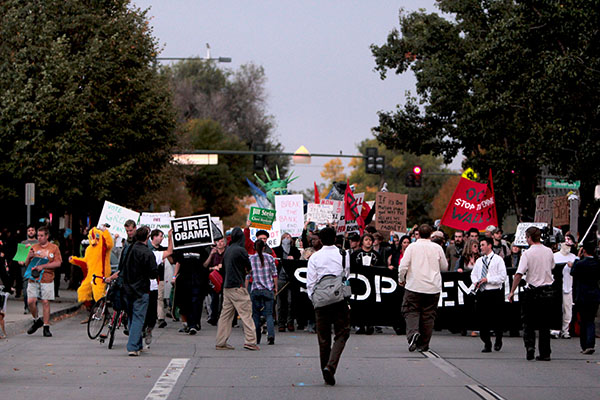 As the protesters march on, many media outlets rush to report on them.

With minutes to go before President Barack Obama and Governor Mitt Romney were due to go on television for their first national debate, Occupy protesters made their case by marching on University of Denver’s campus. The march went right between the student’s Debate Fest and Magness Arena, the venue for the actual debate. Due to the loud chants and large amount of flashing police lights following the protesters, the march drew a crowd of its own.