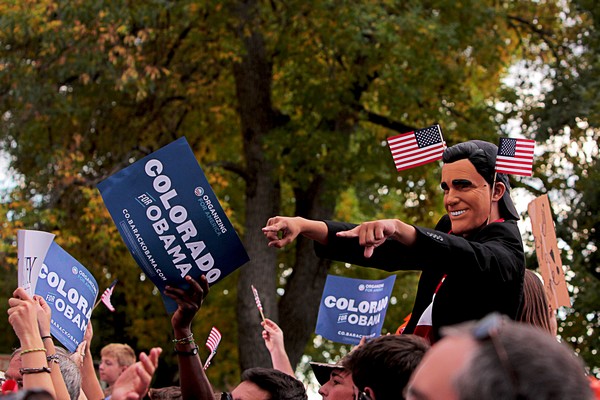 I student puts on a mask before being lifted into the air by classmates.

While the nation was gearing up for the first Presidential debate of the season, the University of Denver held its own festival centered around it called Debate Fest. Debate Fest was free to attend with prior registration. The event consisted of mostly student and had several television screens, food trucks, corn-hole boards and even a main stage.