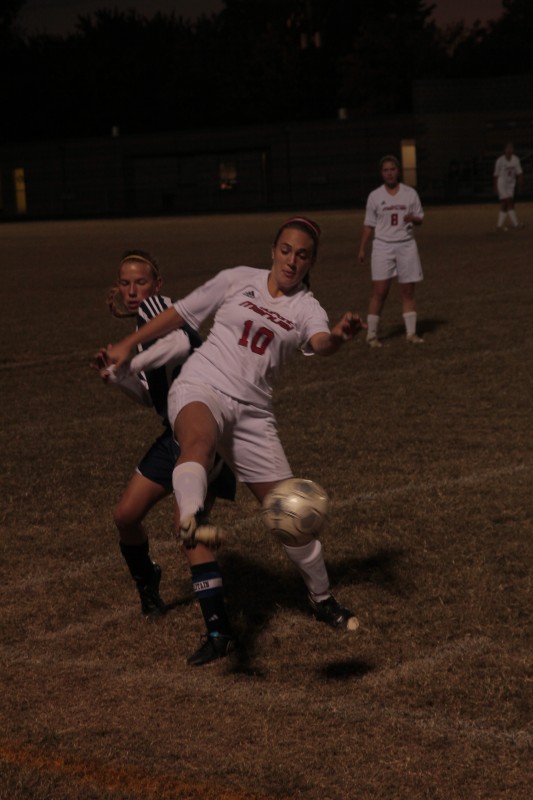 The Crimsons were tied with Presentation at the half but came out strong after the break, scoring six consecutive goals. Some players credited the second-half success to a strategy change made by coach Rick Underwood. “At halftime our coach told us to be more aggressive and settle the ball more. His pep talk really changed the way we played,” Kinsey Ball (11) said.

Seniors Kylie King, Max Zimmer, and Stephanie Tapolsky received medals for the all-district team at the ceremony after the game. For King, this was her first time receiving the award. “I was really surprised when they called my name for all-district, and it felt good to finally get the award in my senior year,” said King.

This victory gave the Crimsons a spot in the regional tournament. Manual will play its first match at home next Monday against the Male Bulldogs.