Pitch perfect: the end of the steroids era 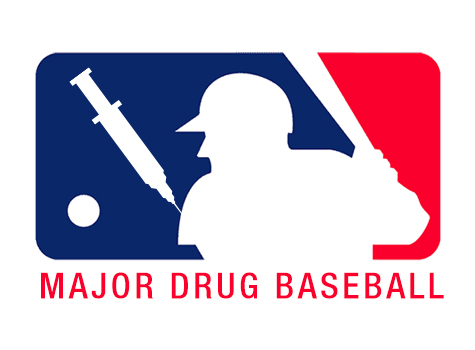 In the MLB, a perfect game is defined as a game in which all the batters from one team are retired in order, with no one reaching base. That’s 27 consecutive strikeouts, 27 batters forced to schlep back into their dugout. It’s said to be one of the most challenging feats for a pitcher, which explains why there have only been 23 of them since the game began in the early 1800s.

On August 15, 2012, Seattle’s Felix Hernandez followed Matt Cain of the San Francisco Giants and Phillip Humber of the Chicago Whitesox to bring the MLB their third perfect game in a little over half a season. A season when a perfect game is pitched is considered a pretty good year of pitching. But a season when three perfect games are pitched? That was unthinkable until the 2012 MLB season. It was a phenomenon never seen before.

With any remarkable athletic feat, such as having three perfect games in one season, comes a plethora of accusations and finger pointing from spectators and sports analysts. They can never accept that some athletes just have incredible performances from time to time. For them, there always has to be reason why the played so well. Whether it’s steroids or cheating, the press always gives some reason for the players’ success.

Yes, it’s true, there has been an increase in steroids use over the past decade or so and many all-star players have put up astonishing records with its use, but that doesn’t necessarily mean that steroids are the reason why these pitchers are performing at such a high level.

The game is changing; steroids aren’t the answer to success anymore. Instead, we should focus our attention on the real reason for the pitchers success: dedication and work. According to the New York Times, there has been a decrease in steroids use in the MLB in the past year. The Times says that the decrease has been due to the extreme consequences that come with steroids punishment. Players have seen what happens to players that were caught. Great players have had records and accomplishments stripped. “It’s just not worth the risk, players would be better off working hard to achieve their goals,” said basefall fan Danielle Dorsey (10). Players are bigger, stronger, and more talented than ever before, and not because they’re pumping drugs into their veins.

The game of baseball is entering a new era. The “steroids era”, as Conte called it, is reaching the end. Players are realizing that they can achieve greatness with out the help of artificial strengtheners. “I feel blessed to be able to see such athleticism and insane records being broken in my lifetime, that a lot of people haven’t been able to see in theirs,” said Jakob Felty (10). Shattering records, as the pitchers of the 2012 season are doing, is just the start.

The 2012 pitchers’ success is less impressive for the individual players, but more impressive for all pitchers as a collective group. The pitching record is more representative of the pitchers as a whole, rather than representative of a single star athlete. Every year, there will be one or two phenomenal athletes that blow away their competition and break a few records in the process. This year, however, it appears that all pitchers are playing at a much higher level than those in years past.

So, sports analysts and critics of all kinds, steroids aren’t going to work as a reason for the success this time. More hours in the weight room? Better training? Sure, those reasons will do, but steroids are a thing of the past. The 2012 MLB pitchers are setting a standard for future athletes to come. Hopefully the “anti-steroid” trend will spread to sports everywhere.