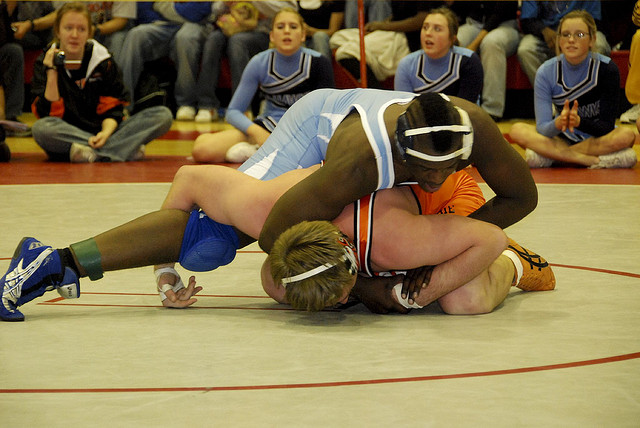 The Manual wrestling team will have its first meet on November 20, at Oldham County High School. The meet will include four schools in competition: Manual, Campbell County, John Hardin and host Oldham County.

After a long preseason of preparation, the team is ready for this first chance to impress. “[Campbell County] is ranked preseason number one in the state, so it would be great if we had a good showing against them,” Benjamin Green (10) said.

Players are feeling confident that this will be a successful season. “I think we’re going to do well overall. Everyone’s working hard and has their stuff down,” Jonathan Ryan (10) said.

The team is coming off a season where eight members qualified for the state tournament. However, the team did lose five seniors and this year’s roster is heavy on underclassmen and new players, who will have to contribute heavily. “They have looked very good during practice. Most of them are freshmen and are just getting used to the sport,” Daniel Segal (10) said. “They are learning a lot of the basics of wrestling. The way they can help the team is to just get better and work hard.”