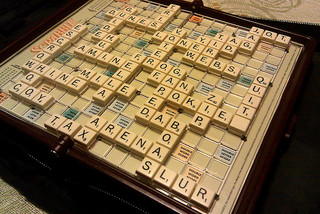 The Manual French Scrabble club has been preparing for meets on their practices every Wednesday after school from 2:30 to 3:30. On some weeks, they don’t have practice but on most they do.

“It’s [the meets] really laid back and fun, and you get to hang out with your friends and practice a language that’s fun to learn,” said Vanessa Gregorchik (10). In order to be on French Scrabble club, you must know French because the game is played in the French language.

The meets that the club compete in are similar to other types of competitions. On October 24, they lost to St. Xavier High School, and on Nov. 14, they will be competing against the Christian Academy of Louisville.

“The meets are very competitive and just like any other competition,” said Lucas Parker (11, MST).