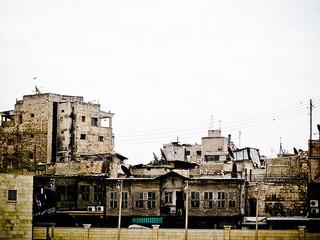 President Bashar al-Assad of Syria and the rebel forces have been fighting since 2011, and thousands of lives have been lost in the conflict. The entire conflict started in Derra, where protesters were fired upon over the arrest and torture of teenagers who painted revolutionary signs on a local school wall. After the open-fire, thousands more across the city and country began to protest against the Syrian government and specifically against President al-Assad. They demanded the president’s resignation, and their demands sparked the beginning of the war between the Syrian government and its rebel forces.

In late March 2011, the government decided to respond to the protests, by use of military force. They sent military tanks into Derra, and as the protests spread, so did the use of military force. They shot missiles and mortars into cities such as Homs and destroyed homes and buildings in the cities and rural areas. They attacked rebel forces in places they could hit hard, like in Baba Amr district, a place many rebels were. After only a month of attack, an estimated 700 deaths had already been reported.

Moving forward to August 2012, with fighting still in progress, battles moved to places like the capital Damascus and on the other side of the country in Aleppo. The Syrian Military began serious large-scale attacks on rebel forces in order to regain or take control of districts that were densely populated by rebels.

Rebels began to really form into larger groups. They formed large attack groups and tried to organize forces. But they aren’t able to form into large enough groups or appoint official leaders to the rebel army. The Syrian government refers to the badly-organized groups as “armed terrorist groups.”

So what are the defenseless supposed to do, when they can’t fight back and can’t get help? They flee the country. If refugees are lucky enough to live near one of the borders, they attempt to flee from the country to places that border Syria, such as Lebanon, Turkey, Iraq, and Jordan. Some are able to cross the border with luck or help from the United Nations and support groups outside the country. But some don’t make it. Syrian Forces have set up places near borders where they shoot or bomb refugees that try to cross the border. The United Nations refugee agency has reported more than 200,000 have fled to the four countries where they have been registered, but unofficial counts have put that number much higher, with expectations for that to continue to increase.

But what do you do if you aren’t close enough to the borders to flee? You either try to fight, or you hope and pray that this will be over soon. According to BBC The UN has reported that around 2.5 million people inside the country need aid, and many of these people are children. These people are either starving, hurting or dying, and there’s nobody to help them other than the brave men and women who enter the country with only rebel protection.

The Syrian government has a lot of resources that the rebels don’t have, like bombs. The Syrian government says many deaths have been caused by major bombings by forces on major cities, killing both defenseless civilians and rebel forces. But some of these may not be coming from either the government or the rebels. Some of them have been linked to al-Qaeda or other terrorist groups. A group called the al-Nusra Front has claimed to have been a part of twin suicide bombings in the city of Damascus, killing around 55 people in May.

Many of the bombings have been by government forces, or at least activists groups are claiming. Sightings of Syrian forces using jets to drop bombs over cities have been witnessed and reported by news stations and websites.

Accusations have been made by the UN of massacres by Syrian government. They have been accused of purposely targeting and massacring civilians, violating international humanitarian laws. Reports such as the killing of 108 civilians near Houla, including 48 children, have caused international outcry. Witnesses said that they killed civilians in their homes after the village was shelled in response to demonstrations by civilians against government. The government blames terrorists, but the UN says that loyalist forces were responsible, considering the witness reports and because it was a response to anti-government demonstrations.

This War is getting out of hand. The United States and the rest of the UN need to start getting more involved. The United States needs to work with the rest of the United Nations Security Council (UNSC), mainly Russia and China, to get them to stop the veto in the UN and allow the UN to get involved in the war. There is a good chance that the war would be over if that happened, and we need to convince them that the war needs to end.

Once we convince everyone to get on board, all we have to do is end President al-Assad’s presidency and the entire government will stop the attack on the country. He is the reason for the entire war, and he is the one calling the shots. When the security council all gets on board, they can force his resignation and allow Syria to start rebuilding from all the damage and destruction the war has caused them.