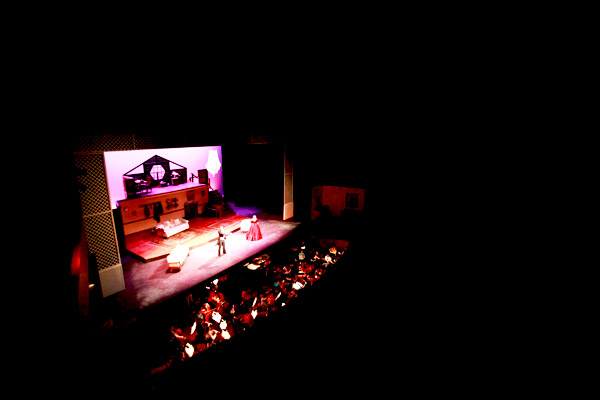 The YPAS theatre is starting up their annual workshops which will premiere in Jan. & Feb. 2013. Workshops could either be separate scenes or plays that individual grades each have.

“The workshops give us a chance to take all of the skills we’ve been learning in class and try to use them, plus, there’s no better practice performing, than in front of an audience,” said Mackenzie Kasbaum (10).

Each actor has their own methods of preparing for their performances. “Once I get my part and the script, I look over it plenty of times and really study my character,” said Scott Hoke (11). “We have been reading through them in class,” said Megan McMasters (10).

“The goal is to try to make them as entertaining and real as possible,” said Kasbaum.

There are many different aspects as to why the students look forward to workshops. “When workshop comes around, it really gives everyone a chance to act, because not everyone gets into the plays, so it’s nice to come and do what we came to YPAS for,” said Hoke. “Everyone gets excited because it is the one chance we get to perform all together,” said McMasters.

“The workshop is definetly one of the highlights of the year,” said Kasbaum.