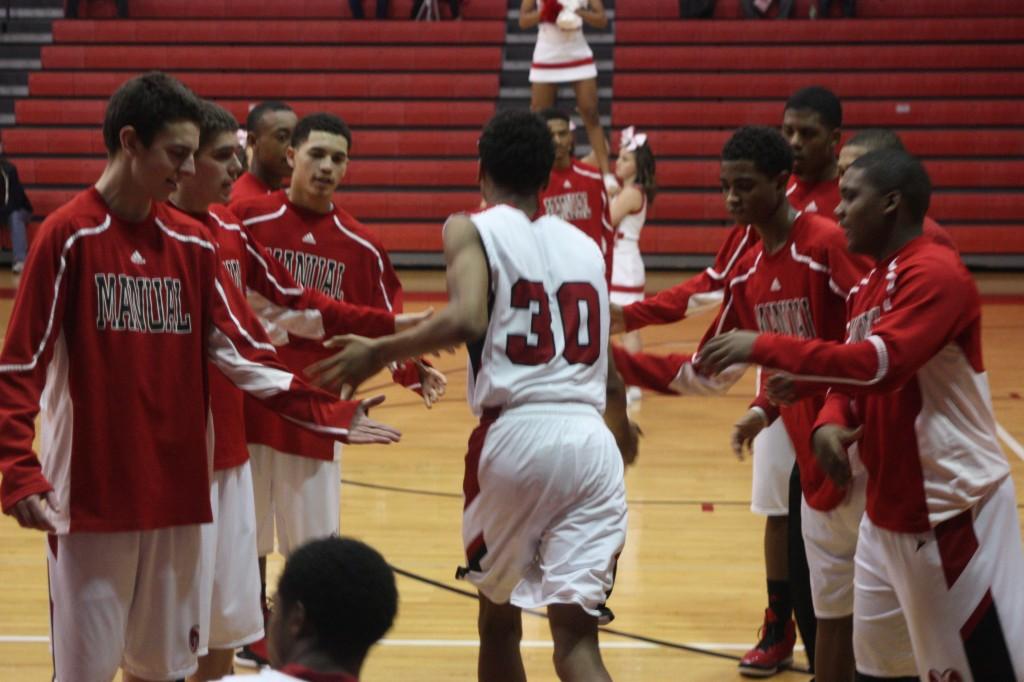 Dwayne Sutton (10, #30) joins his teammates in the starting lineup just before the start of the game.

The Manual basketball team faced Jeffersontown high school last Friday. The Crimsons were defeated 65-50 on their home court by the Chargers.

The game started off with Jeffersontown gaining possession at the tip off and quickly took a 15-11 lead in the first quarter. Manual turned the ball over to the Chargers throughout the game.The Crimson  turnovers were most prominent in the first and second quarters allowing Jeffersontown to gain a sizable lead on Manual.

Beginning the second half of the game with the Chargers up 33-19, Manual came out strong with Dwayne Sutton (10, #30) sinking a quick two-point jumper within the first two minutes of the half. Sutton followed his quick shot with a three-pointer only five minutes into the half, making the score 33-27. However, Jeffersontown regained control and ended the third quarter with an impressive lead of 46-31.

The nail biting ceased after the Chargers continued their lead in the fourth quarter. The Crimsons fought valiantly to keep pressure on the Chargers but it just wasn’t enough as the game concluded with Jeffersontown defeating Manual 65-50.