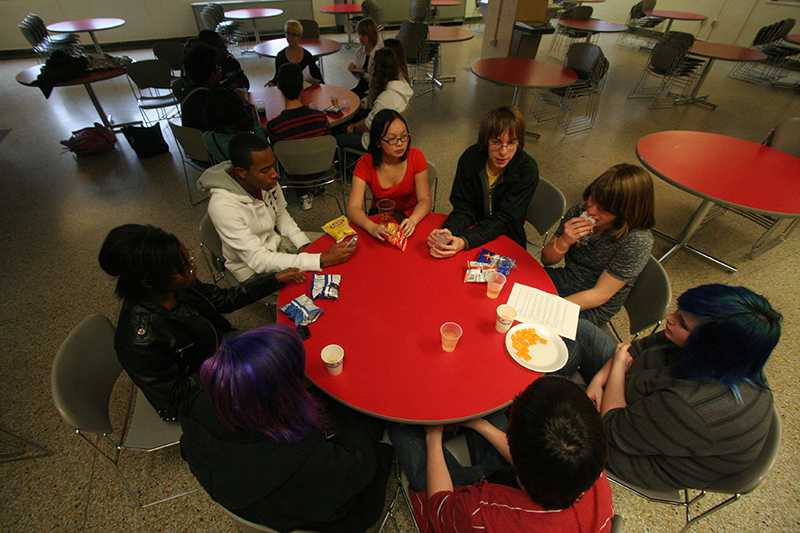 On Monday, December 10 after school from 2:30—4:00, the Manual Gay/Straight/Transgender Alliance (GSTA) held their second Politically Incorrect Day of the year in the freshman cafeteria.

This event gave students the chance to freely and openly discuss their opinions on controversial issues in a round-table setting with snacks and drinks.

Although this Politically Incorrect Day was similar to the one GSTA held on October 29th in Ms. Christie Causey’s room, there were also several changes, including its turnout.

The turnout for the event was approximately fifty students, more than doubled that of the previous meeting.

“We wanted to include more people this time than the first time,” said senior and GSTA president Zoe Schaver. “The first time was mainly just (GSTA) members. We want to keep moving closer to the student body.”

Additionally, there were several changes to the Politically Incorrect Day’s question topics. This time, in addition to personal issues such as home life, personal life, political beliefs, religious beliefs and sex, which were the only ones brought up in the October event, topics that arose at the second event were drug prohibition, immigration, abortion, gay marriage, teen sexuality and the death penalty.

Despite the overall positive feedback from the event, there were people who believed there could have been some changes to it that would have given it more meaning and importance, specifically involving the apparent one-sidedness of the majority of those who participated.

“I thought we needed more controversial topics and a more diverse crowd,” said junior and GSTA member Owen Cardwell-Copenhafer. “The conversations were interesting, but not enough people there offered many opposing viewpoints.”

GSTA plans on having two more Politically Incorrect Days by the end of the school year.