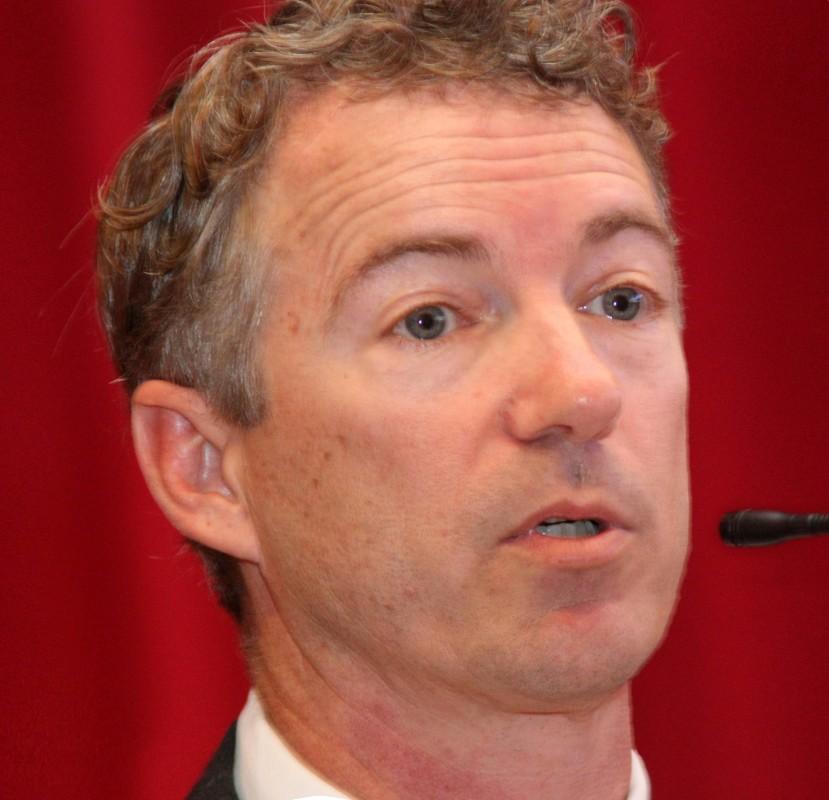 As his filibuster began to wear down early Thursday morning, a bleary-eyed Senator Rand Paul downed a fifth of vodka and asked his father whether he was “proud of me now.”

The junior Senator from Kentucky had been on the Senate floor for thirteen hours, conducting an old-style filibuster to protest President Obama’s nomination of John Brennan to head the C.I.A. Paul had vowed to hold up the Senate’s confirmation as long as possible in order to raise awareness.

Though he received help from other Republican Senators such as Marco Rubio (R-FL), Ted Cruz (R-TX), and Mitch McConnell (R-KY), as well as a bottle of vodka from well-wishers, as the filibuster approached his 13th hour, Paul seemed to be becoming weary. Eyes darting wildly, he poured himself a drink.

“The drone program as it currently exists represents an unforgivable breach on Americans’ Constitutional rights,” Paul said. “I am not constitutionally opposed to the use of drones, but I am severely morally opposed to the violation of our Constitutional rights. This is an absolute outrage. A travesty. It is like, like denying a son the right to throw a baseball with his father. Like demanding he give up his privacy, his athleticism, his very being in order to earn his father’s trust. Well, I – we as a country – have done enough. We’ve tried — and tried — and tried — to win his approval, but he just doesn’t get it. Are you happy, Dad? Are you proud of me now?”

Soon after Paul’s declaration, his father, former Congressman and presidential candidate Ron Paul posted a video to his YouTube page. “I have always been proud of you, son,” the elder Paul said, tears streaming down his face. “I never knew that there had been something between us, and for all the years of miscommunication, I am deeply, deeply sorry.”

Upon hearing of the video while on one of his last breaks, during which Sen. Marco Rubio (R-FL) freestyle-rapped with modern poet Jay-Z, Paul again took the floor, explaining that he had to go visit his father immediately. “I would go for another 12 hours to try to break Strom Thurmond’s record,” Paul said, sniffling, “but I’ve discovered that there are some limits to filibustering, and I’m going to have to go take care of one of those in a few minutes.”

Paul then sprinted out of the Senate chamber and into the arms of his father as the Senate Republicans applauded, finally ending the marathon Senate session.

The Obama administration did not release a statement, though the President was observed in the Rose Garden embracing his daughters and wiping his eyes.

The Ridiculam at manualredeye.com is your best source for the hard-hitting, investigative news — regardless of whether it’s actually true.