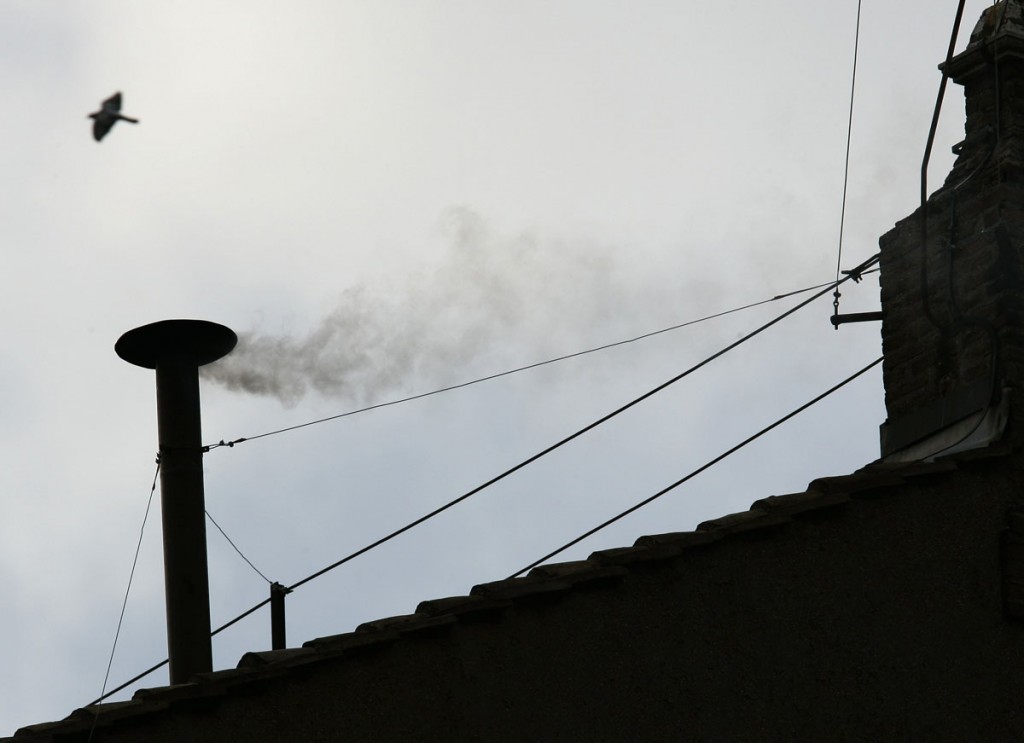 On Tuesday, March 13, 2013 at 2:06 PM EST, white smoke billowed from the St. Peter’s Basilica chimney signaling a new Pope has been chosen to lead the Roman Catholic Church.

At least two-thirds majority of the 115 cardinals in the papal conclave reached a consensus on the second day of voting in Vatican City. As the white smoke appeared, the mass of people gathered in St. Peter’s square erupted in applause. Traditionally, black smoke signals no Pope has been chosen, while white smoke signals the election of a new Pope.

After the white smokes dissipates, Cardinal Jean-Louis Tauran, the senior dean in the College of Cardinals, will appear on the balcony of St. Peter’s Basilica and preface the new Pope’s appearance with the Latin declaration “Habemus Papam,” or “We have a pope.” After, the newly chosen pope will deliver the Urbi et Orbi, the traditional Latin blessing, to the masses gathered to witness the appearance of Pope.