Opinion: How to blame the victim: rape edition 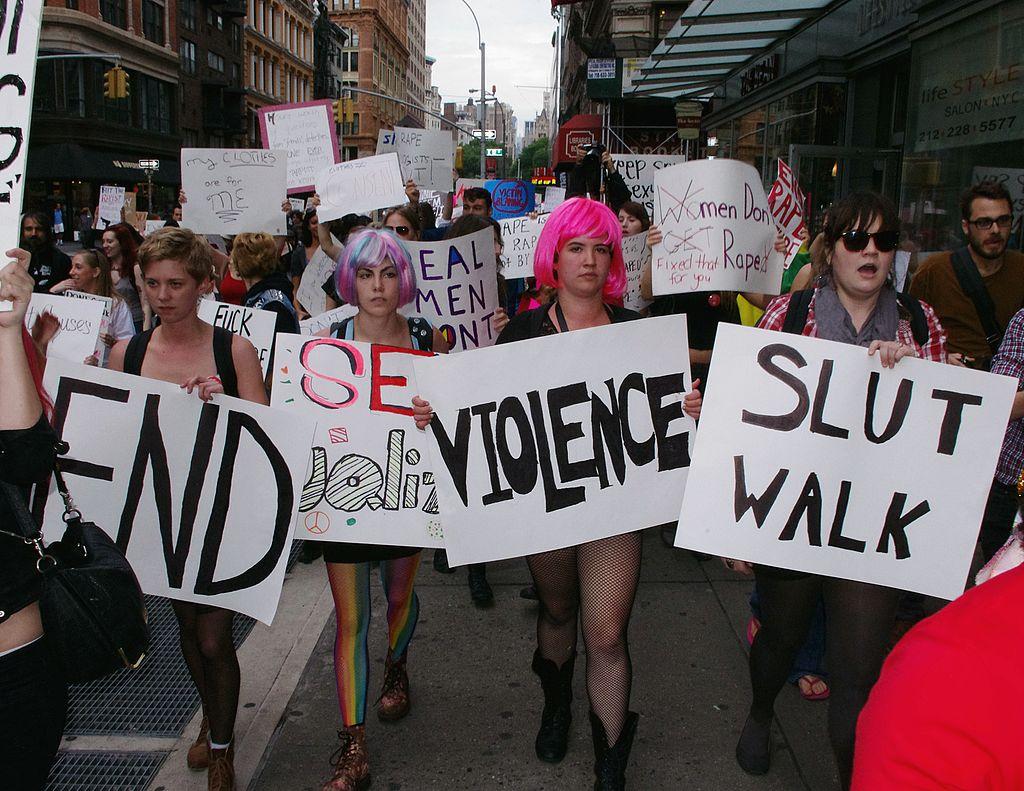 We live in a world. In this world, we are told that we are independent; we are responsible for our own actions. But our actions are influenced by things, things others deem right, wrong, and important. For instance, prosecuting two teenagers for rape is right, rape is wrong, and football is not that important. Some people may have these priorities mixed around in an order they feel they need to justify. Before you are some excuses that need to never be uttered, and I hope that no one in my presence (or yours) uses:

She is/dresses/acts promiscuously OR She asked for it. Since when is an outfit choice indicative of anything related to sex? Clothes are a form of expression, much like people who change their hair color or paint or sing. But no one says, “Oh, she was brunette? Having dark hair at night in that area of town? She was asking for trouble.” I could go down the street topless and I reserve the right not to be raped, as do you.
He is/They are pillars of the community. If people in charge can’t control themselves or make good decisions in bad situation, they aren’t deserving of the praise being showered upon them. There are plenty of people who would have made a different decision in that situation and they didn’t. There are also people who are probably more fit to be “pillars” then those who don’t deserve to be a role model for anyone.
She was “willing but drunk”. No, no, no, no. The term drunk means that someone is not in their right mind. No one not in their right mind can make a decision a right-minded person would make nor think like a right-minded person would. If that’s too confusing, let’s just go with “If they’re drunk, they can’t consent to anything”.
She’s too ugly to be raped. In the Strauss-Kahn case, his supporters could not believe how unattractive his accuser was. However, it still stands that rape is rape. No one walks around saying, “Mm-hmm, I would rape that pretty girl, but not that one.” Ugly is a term that should be used to define the act not the victim.
She overreacted. If a person feels violated, they have the right to feel violated and if they feel so violated as to take it to court then they have that right. From that point opinion doesn’t matter, just hard evidence. Maybe the stigma of turning the finger around on the victim is what we need to watch out for, not girls who “overreact”.

People are finally speaking out about this issue, instead of avoiding it. In 2011, Toronto, Ontario, Canada, protesters took to the street against suggestions made by Constable Michael Sanguinetti, a Toronto Police officer, that, to remain safe, “women should avoid dressing like sluts.” The following Slut Walk spread to New York and India as many women decided to redefine the term. As one participant stated, “Being in charge of our sexual lives should not mean that we are opening ourselves to an expectation of violence, regardless if we participate in sex for pleasure or work.” This is an example of one step in the right direction. Spreading awareness and speaking up are how you begin making changes. It may have been Anonymous, a friend, CNN’s nonchalant tone concerning the Steubenville case, or just an overwhelming sense of right and wrong that caught the interest of millions of Americans, but it’s overdue.

This is not a society where we blame victims, right? These are not excuses any person would use to justify rape, right? Whether the rape is in Steubenville or India, can we all just agree rape is universally wrong? In each situation, there are people who make bad decisions and never get caught; someone probably was too scared to speak up and when they do they are faced with a barrage of personal criticism. When someone is accused of rape, we need to deal with the accusation, not turn around and see who the finger is attached to. In very few situations is facing the accuser helpful to anyone. Perhaps it’s best said by the mother of a victim to the accused that applies to each person who decides to make excuses for rape, “You displayed not only a lack of this compassion, but a lack of any moral code.”