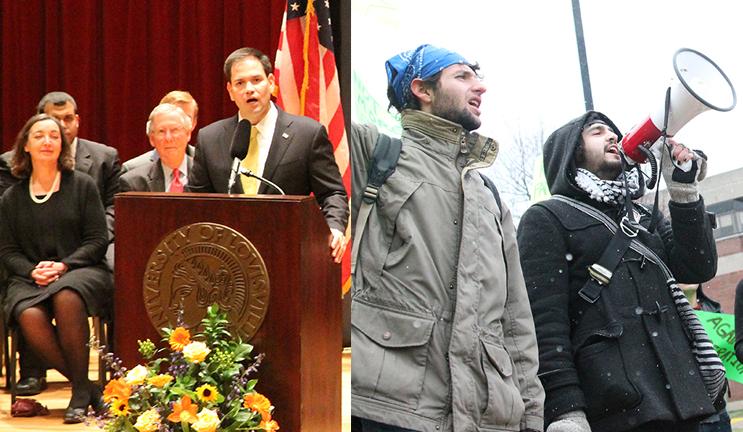 On Monday, March 25, Senator Marco Rubio (R-FL) gave a speech at the University of Louisville’s Comstock Hall, a guest of the university’s McConnell Center. The Senator, who many consider to be a top contender for the Republican Presidential nomination in 2016, spoke on a variety of topics to U of L’s McConnell Scholars and to members of the general public, laying down his vision of how to move America forward. Outside in the snow, a group from the Kentucky Dream Coalition, an organization advocating for undocumented immigrants, advocated for immigration reform.