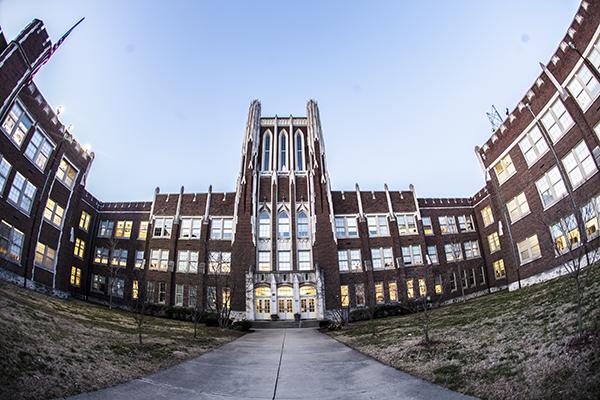 This year, Manual was given a ranking of 50 on the list of top high schools in the nation compiled by The Daily Beast and Newsweek. This was a significant jump from the previous year, where Manual received a ranking of 66th in the nation.

The list is compiled based on six major components of the schools, including graduation rate, college acceptance rate, SAT and ACT scores, and percent of students enrolled in AP classes, along with students’ scores on AP exams.

Manual is the second highest school in Kentucky on the list, following the Carol Martin Gatton Academy of Mathematics and Science in Bowling Green, which is ranked first place in the country.

Other schools listed in Louisville include Ballard High School and Louisville Male High School, with respective rankings of 651 and 969.

Manual was also recently ranked number 169 in the nation and number one in Kentucky by US News and World. Eleven schools in JCPS were nationally recognized as well.

This year, Newsweek and The Daily Beast changed their criteria. In the past, schools were assessed based on how many total courses were offered. This year, schools were instead judged on their number of AP courses available. This may have accounted for the increased ranking at Manual, where 27 AP courses are offered.

“I don’t have any doubt we have great kids,” Assistant Principal Greg Kuhn said. “This gives people an insight into what we do here.”