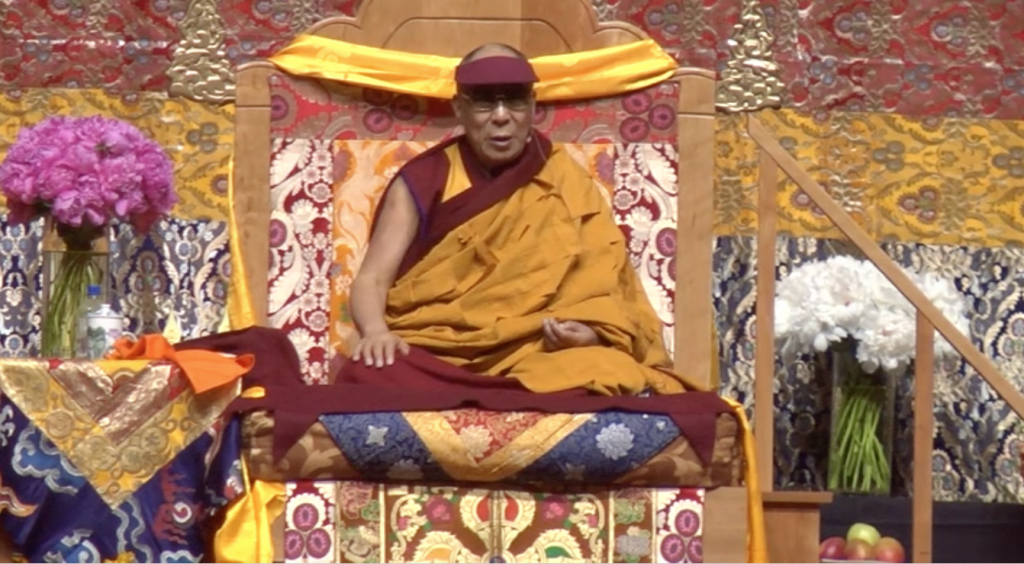 On his first trip to Louisville since 1994, His Holiness the Dalai Lama shared spiritual insight with nearly 20,000 people over the course of two days at the KFC YUM! Center. He arrived in town on Sunday for a day of ethical teachings and raucous laughter during a 40 minute public talk to an estimated audience of about 15,000, then took questions and heard responses from a panel of interfaith leaders. The following day, the Dalai Lama lead a two part Buddhist teaching, entitled “Atisha and the Lamp for the Path to Enlightenment.”

The City of Louisville is hosting His Holiness the Dalai Lama May 19-21, 2013 for a three-day event, called “Engaging Compassion.”