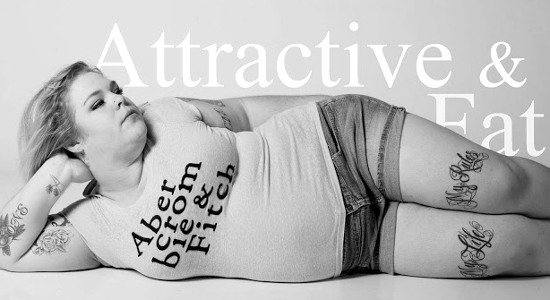 Some companies should probably learn to put gag orders on their CEOs because yet again, comments made by Abercrombie & Fitch CEO Mike Jeffries in a 2006 interview with Salon magazine have resurfaced and outraged the rest of us fatties and uglies that he doesn’t want wearing his clothes.

Comments that caused outrage made in Salon: “In every school there are the cool and popular kids, and then there are the not-so-cool kids,” he says. “Candidly, we go after the cool kids. We go after the attractive all-American kid* with a great attitude and a lot of friends. A lot of people don’t belong [in our clothes], and they can’t belong. Are we exclusionary? Absolutely. Those companies that are in trouble are trying to target everybody: young, old, fat, skinny. But then you become totally vanilla. You don’t alienate anybody, but you don’t excite anybody, either…

*Sidenote of confusion: All-American? What kind of store can appeal to an all-American kid, and not keep a size higher than a size ten? The average woman’s size is fourteen. How does this in any way include all-American Americans?

Some companies are becoming more inclusive, such as Dove, they dedicated a whole campaign to “real beauty”, and last I checked Dove isn’t going down in flames because of it. This isn’t the first time he has said some less-than-intelligent statements. I can tell you why I’m bothered and why you probably should be, too.

Should people be mad at branding strategies? I don’t eat anything besides Kellogg’s Frosted Flakes but I don’t think it makes me better than someone who prefers the Kroger brand. I am also not angry that Kroger makes a brand similar to my favorite because material objects aren’t important enough to be exclusive. This is where Jeffries is wrong. He can say who he doesn’t want wearing his clothes. He can market to ‘cool’ kids all he wants, but the moment he glamorizes being exclusionary is the moment I no longer agree with his view. Maybe instead of trying to fit into A&F ‘exclusive’ sizes, you could aim for an ‘exclusive’ scholarship or something that is actually going to make an impact on your life a year from now. But then again you’re free to wear what makes you happy and although Jeffries doesn’t want you to wear his clothes, I just don’t care and neither should you.

Given his looks, it’s obvious he can relate to the pain of unattractive-feeling teens everywhere and is still slightly bitter about it. Instead of fighting against the stereotype and helping change the American definition of what ‘cool’ is, Mr. Jeffries believes that now he is no longer one of us average Joes or plain Janes. he is no longer required to appeal to the overweight delinquents in their great-grandmother’s denim (you know because that’s what unpopular kids wear nowadays since he won’t let us wear his cool clothes). This is obviously a man with some sort of insecurity, I mean, have you seen that face? No person that is happy with themselves gets that much elective surgery to change the way he/she looks to THAT extent, so much that most aren’t even sure what part of his face is real and what part is bloated potato-head parts. Don’t let someone who can’t be happy with himself, ‘exclude’ you from anything.

I am not sure whether to laugh at Mr. Jeffries or shake my head in shame. Of course, let’s not deny that from a marketing standpoint, he isn’t wrong. Money is money and being popular (a part of an elite, special group) makes money. When people like you, some want to know what you’re wearing  or what kind of eating establishments you frequent (think Mcdonalds versus Cefiore) or where you shop or what you like. Some people just don’t care what you wear or what you eat or where you shop, but get to know what kind of personality you have or what your favorite color is, and not because they want to emulate you, but because they want to learn about you as a person, not a walking advertisement.

Are people capable of change? The company

recently invited Benjamin O’Keefe, leader of a petition that gathered 68,000 plus signatures on Change.org to hold A&F culpable for the comments Jeffries made to sit down with A&F executives, although the CEO himself didn’t attend. O’Keefe is not someone with an unfamiliar story, he felt personally hurt by Jeffries unwillingness to include larger sizes in the store. He isn’t the only one fighting back, Greg Karber decided that homeless people deserve some A&F, too. Jeffries issued a half-hearted apology for his comments, emphasizing his misinterpreted “choice of words”, but he clearly doesn’t understand it wasn’t his words that were misinterpreted, but his skewed thinking. Whether karma pays him back or someone else helps him realize the error in his ways, I sincerely hope he sees where he’s wrong and hope he doesn’t influence anyone into thinking this kind of statement is acceptable.

The Courier Journal recently published an article on the comments featuring interviews and photos from Manual students themselves. Jeffries comments aren’t to be taken lightly and given the kind of response from our students, the idea of teenage perfection and the idea of an elite group has/had warped our young minds into thinking A&F-type looks was the ultimate goal, and any deterrent from the perfection path was unacceptable. Fat? You’re unworthy. Unable to tan? You’re unworthy. Need dental work? You’re unworthy.

What more is there to say? As teens, we are scary, we are ugly, we are confused and the last thing we need are more people telling us what we can’t wear and how uncool we are. Trust me, we know.