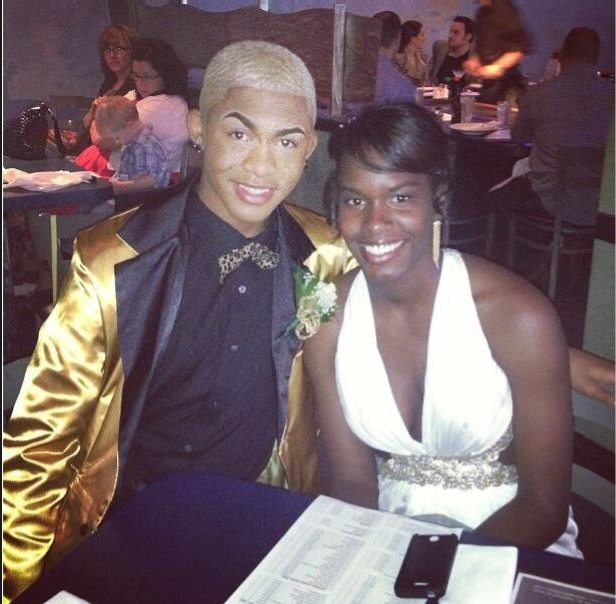 Tyler Chandler (12) isn’t just a Theatre major, he is willing to try any task he is interested in. He currently has been focusing on cosmetology outside of Theatre. “It’s like an adrenaline rush when people are acceptant of things I’m not really strong at, it makes me push harder to be the best,” Chandler said. “That’s one of the reason I’m still doing cosmetics for people.”

Chandler has evolved over his four years here at Manual, as Chandler became more open with who he was. Chandler began doing his own makeup and posting his pictures on Instagram. This caught the eye of a MAC representative who asked him if he would be interested in taking a position. “I still remember the email – from that point on I was ready to do makeup on any and everyone,” Chandler said. “There is really more to me than just being an actor.”

“A friend of mine inquired about me doing her makeup for prom-I gladly accepted the request,” Chandler said. “Seeing how much she liked her makeup I began to advertise my services for proms.” After seeing his success, many people wanted his cosmetic help.

The biggest surprise at prom, according to Chandler, was the arrival of Kayla Styles (12). Chandler spoke of bringing a surprise date to prom the week before, but no one thought that they would accompany each other. “It was a total surprise seeing them together, but it was even more shocking that Kayla was all dolled up- thanks to Tyler,” said Jessica Cherry (12).