Students and staff sound off on new year 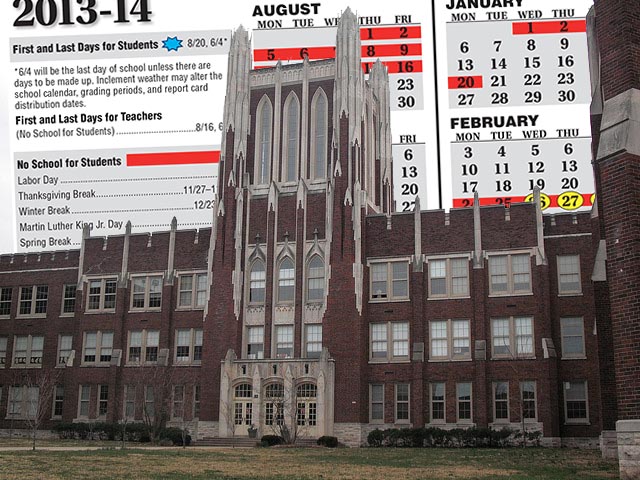 Tuesday, Aug. 20 marked the first day of school for Manual. Students had very diverse experiences, based on their classes and their previous school backgrounds.

For many, like Penelope Jankoski (HSU, 9), Tuesday was their first day as a high school student.

“I came from Barret,” she said. “It’s really different from Manual–we didn’t have block scheduling, we had a really strict uniform there, and it was a lot smaller.”

Penelope, like some other freshmen, was uncertain about Manual’s standards and expectations. “Before I came here, I thought that Manual would be a lot like my old school — kind of easy and not requiring a ton of work. So far, it’s as fun and exciting as I thought, but I don’t really know how much work I’m going to have,” she said.

Though the level of doubt among new students was high, many took this opportunity to reconnect with old friends. “I bumped into a lot of people that I hadn’t seen in a long time,” said Harsha Paladugu (MST, 9). “I ran into one of my classmates from elementary school, and found we have a math class together so that’s going to be fun.”

Although many of the newcomers were freshmen, some older students were also new to Manual. For Anna Wesselman (YPAS, 10), the freedom at Manual was a welcome change.

“I went to Notre Dame Academy in Cincinnati,” Anna said. “Notre Dame was a lot more controlled. At Notre Dame, we couldn’t bring water bottles for some reason, and we had a full strict uniform. Manual is a lot more independent — there aren’t as many stupid rules. It’s nice to have more freedom.”

Though Anna enjoyed certain aspects of her new school, she wasn’t fully certain about what her upcoming year would be like. “It’s been very intimidating, coming to a new school. It’s a lot bigger, and I don’t really know anyone expect for my one dance friend,” she said.

However, new students weren’t the only ones who had new experiences. Among the many changes to faculty and staff was the new principal, Mr. Jerry Mayes, which made a big difference to some upperclassmen.

Michael Schmid (YPAS, 11), found Mayes to be a welcome addition to the school. “Mr. Mayes is fantastic. He seems very involved, much more than our last [principal]. I didn’t even know what our principal looked like all freshman year. Mr. Mayes really cares about YPAS. He checks in on the classes, and I think he has a bright future here,” he said.

Many Manual staffers also dealt with change in the new school year. For Ms. Lisa Stevenson, this meant being moved from the attendance office to a position in the main office. “I’ve spent 26 years here, and I’ve been moved all over the building,” she said. “I can’t be too upset. I hope I still get to do ISAP. I love being involved with the students. I’m happiest when I can do anything for, with, and to the students here.”