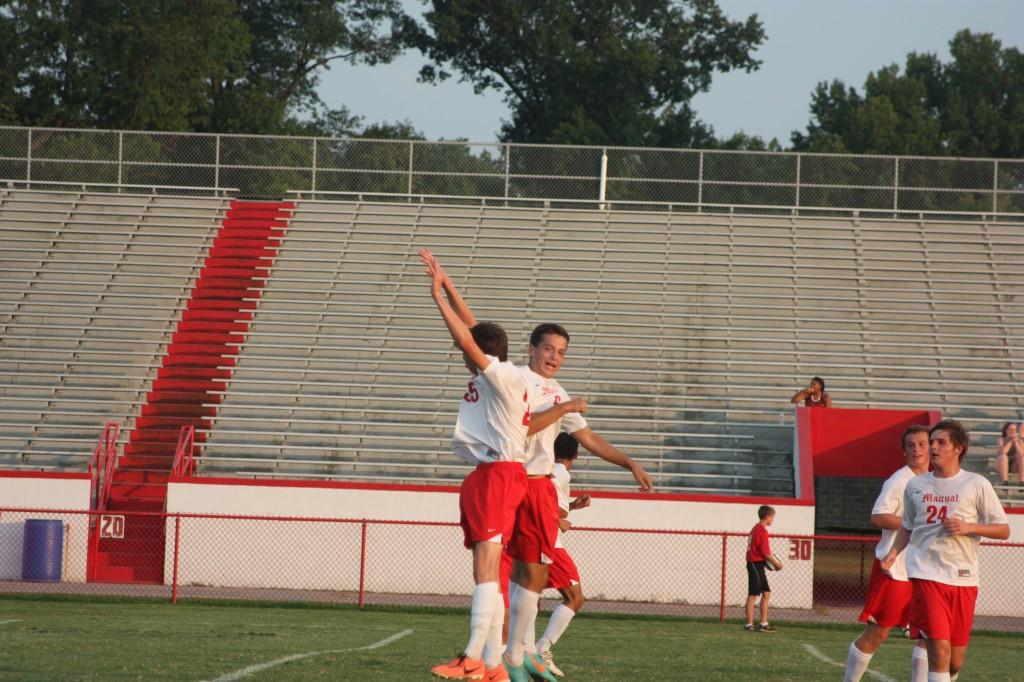 Members of the Manual Varsity Boy’s soccer team were for the most part confident before their showdown with archrival and 7th Region opponent Male tonight.

The Crimsons go into tonight’s game with a 3-2 record, coming out of a 2-3 loss at the hands of CAL on Tuesday night.

Male is 3-1 this season and is returning home after a 10-0 blowout against Brown two days ago.

“There won’t be any red cards. A lot of our players play together on club teams so we know each other well.”

Some Manual players were reluctant to make predictions about the outcome of the game.

Other members of team were less apprehensive about their expectations.

“It’ll be 3-0,” said forward Hunter Guthrie. “I’m going to salute the fans when I score my first of three goals.”

Manual faces off with the Bulldogs at Male Stadium tonight at 7 PM.