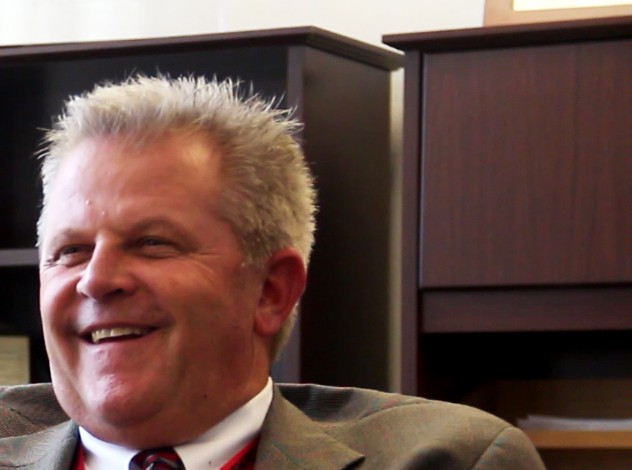 The Manual football team goes up against Fern Creek High School tonight, August 30, for their second regular season game of the year. To Manual football players, this game would usually be fairly routine. That is until Principal Jerry Mayes waged a bet with Fern Creek principal Dr. Houston Barber. The bet stands as follows: whichever school loses the game tonight must have all of its students wear the opposing teams colors on Tuesday the next week.

There has never been a principal at Manual that has made a bet with another schools principal, let alone a bet as daring as this one. Mayes, being very new to the school, has not shown any shyness towards the student body. Mayes has displayed a very outgoing personality thus far, and continues to show it by making this bet.

“Its really cool how our principal is daring enough to make bets with other schools. Not many principals would do that,” said Kinsey Ball (12), “he doesn’t seem like a principal because of his outgoing and fun loving attitude.”

Students at Manual seem to like Mayes’ attitude at school because he doesn’t act like a stereotypical principal and keeps the students entertained with his fun loving personality.

“Mayes seems to really enjoy his job and making this bet is just another way of keeping Manual interesting,” said Danielle Dorsey (12), “that’s why he is so well liked.”