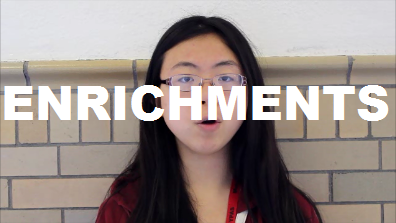 One of the best things about a diverse, large school like Manual is the after-school clubs. There are clubs for everything, from chess to German minigolf. This series will venture into each club at Manual, three at a time:

The National Science Honor Society here at Manual is the place to go if you 1) enjoy science, 2) need help with your science project, or 3) want to participate in science related volunteer opportunities. It’s safe to say that this after-school enrichment is geared towards MST students, due to the fact that they want to help students with their science projects and that their captain, Jing-Jing Xiao is a senior in the MST program. However, they are open to all magnets and varieties of members.

This club is a competitive group of students that practice twice a week and competes in tournaments over on some Saturdays. Caroline Foles(12,MST), team captain, plans to lead her team to State Championship in the 2013-2014 chess season.

Ms. Lenihan (Foreign Language) sponsors the Spanish Scrabble club, putting a foreign twist on the popular word game. The club captain Sarah Schwartz (10,HSU) plans to compete with other schools later in the year. If you have any background in the Spanish language and enjoy learning new vocabulary, come to the next meeting on Oct. 29.