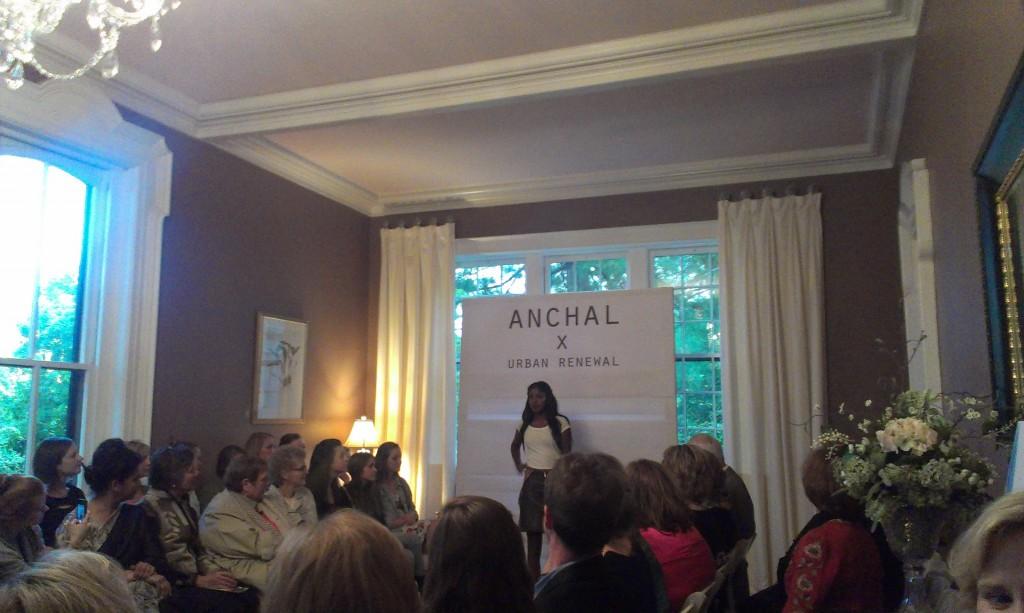 The Louisville-based nonprofit organization Anchal held a fashion show at the Peterson-Dumesnil House on Wednesday. Anchal provides women with a way to get out of the sex trade by teaching them how to design clothes, which are now being sold in the Urban Renewal line at Urban Outfitters. The clothes featured in this line are all completely hand-made by 107 women.

The founder of this organisation is Colleen Clines. After graduating from the Rhode Island School of Design, she had wanted to do something helpful with her passion and skill.

Before her initial visit to India, Clines contacted Jamalya Gupta, who functioned as her partner in India and helped her reach out to the trafficked women.

“We started with 15 women,” Gupta said, “and we now have 107 in total sewing and designing clothes at our office.”

The clothes all incorporate vintage saris and feature a variety of pieces including jackets, dresses, and skirts.

“It’s funny. The women in India have a much different design aesthetic than American women. They combine colors differently and use much brighter hues in clothing over in India, so I think this is a new style for America,” Gupta said.

Not only is this clothing line featuring a new type of style, but it is also changing the women’s lives. The women get paid around 10,000 rupee (about $164 in America) a month.

“Our first woman got 11,000 rupee and she just cried and couldn’t even count it. When she finally spoke she said that she had never seen such money. She could finally actually feed her children. This has provided women a way out of the sex trade, and now their children can go to school,” said Gupta.

Some attendees were skeptical when they found out that Anchal was partnering with Urban Outfitters. In light of Urban’s recent scandals (the most prominent being the pro-gay marriage shirts that were pulled from the shelves for fear of anti-gay marriage supporters boycotting the store), it seemed like an odd choice for a group interested in human rights.

“Initially I met a friend of a friend who worked for Urban Outfitters and she was interested in my project and wanted to collaborate. She pitched our first piece to the board and Urban loved it,” Clines said. “Obviously I disagree with a lot of the things they do, but there wasn’t a lot of choosing involved. We were trying to help people and when a giant company like Urban comes along and wants to fund your project, you don’t say no.”

The line debuted at Urban Outfitters on Wednesday, and both Clines and Gupta were extremely proud of the results.

“It’s women who dreamed of changing their lives whose lives have been changed,” Gupta said. “And that’s all we really aimed to do.