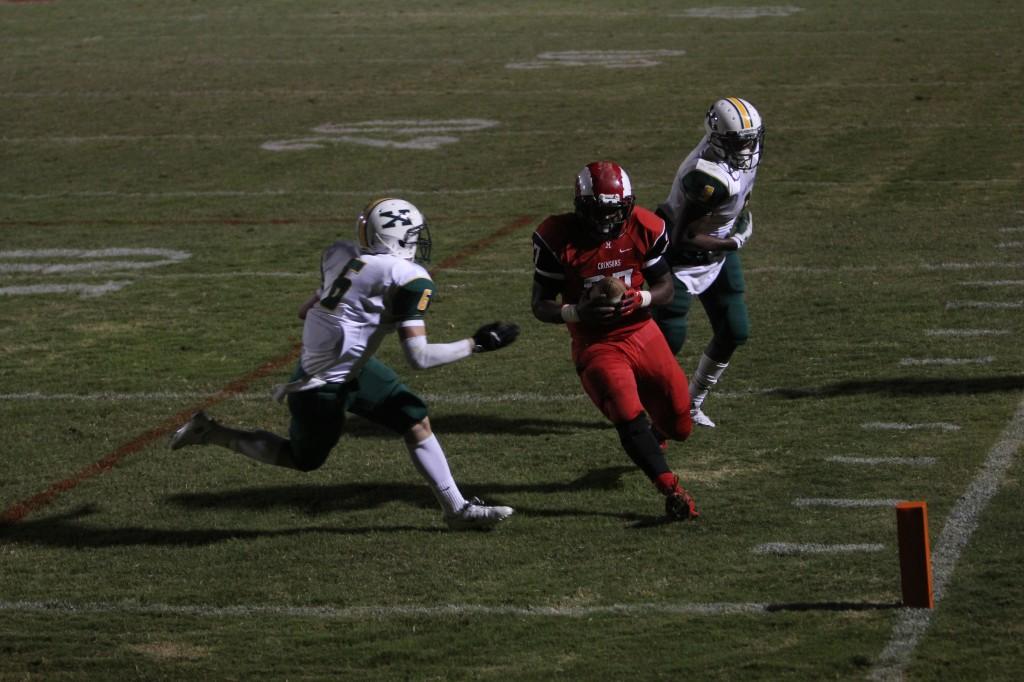 It’s finally here. For the 121st time, the Male Bulldogs will take on the Manual Crimsons on Friday October 25th 2013 at 7:30 P.M. The most anticipated high school football game of the year will be played at historic Manual Stadium in what is sure to be a great game, as both teams are ranked Top 10 in the state.

Male is coming into the game extremely confident with their 8-0 record after knocking out Trinity and St. Xavier in the past two weeks–a feat that until recently was thought impossible. Male has a plethora of young talent, with an unprecedented number of underclassmen holding starting positions. The Bulldogs are led by sophomore Davis Mattingly at quarterback and freshman Marcus Davis playing defensive end. Mattingly has been effective leading the offense, completing nearly 60% of his passes and averaging just over 2 touchdowns per game. Davis has already totaled 50 tackles on the season.

The Crimsons are led by their powerful running-back Michael Nero (11). Nero has carried the team on his back this season: he is averaging 145 yards per game on the ground and has scored 15 total touchdowns. On defense TyRon Horton (11) has been a beast, leading the team with 12 tackles for loss. The Manual Crimsons come into the game with a 6-2 record after losing in consecutive games to Trinity and St. Xavier–both by single digits.

“I can’t wait for our team to come out and prove to everybody that we should have won the last two games. If we play like I know we are capable of playing, we have the potential to be the best team in the state,” quarterback Mason Motley (12) said.