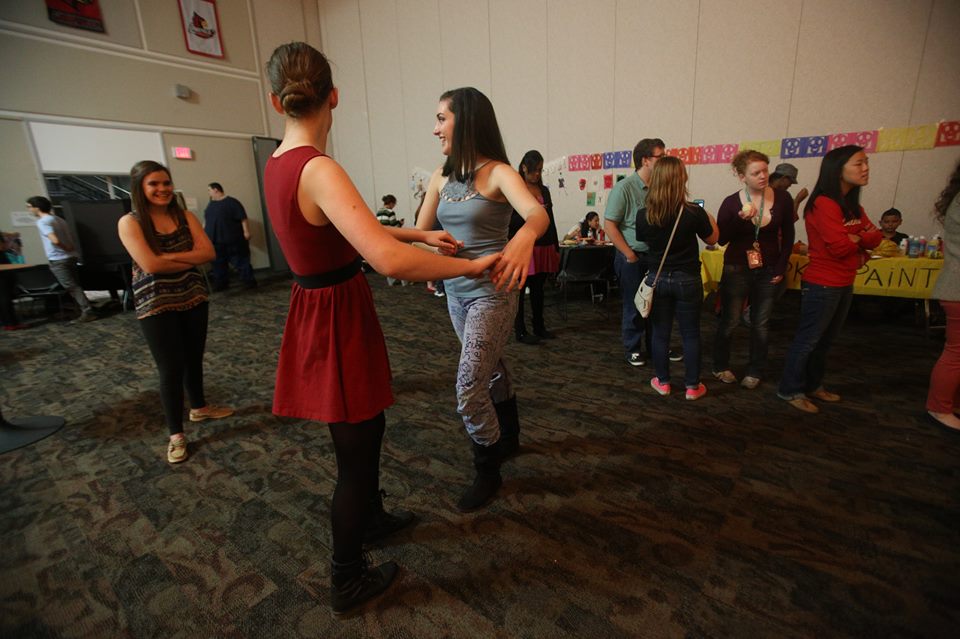 On Nov. 1, members of Manual’s Latin American and Hispanic Student Organization (LAHSO) teamed up with University of Louisville’s chapter of the club to sponsor a Day of the Dead dance at the UofL Student Activity Center.

Day of the Dead, or Día de Muertos in Spanish, is a Mexican holiday intended to pay respect to friends and family members who have passed away. The event, which attracted about 100 students and their family members, featured many traditional activities, including salsa dancing and sugar skulls for attendees to decorate.

The dance was sponsored as part of an existing relationship between LAHSO and UofL. “This is the first year that we’ve had this club,” said LAHSO member Emma Badia (10, HSU). “We had this dance just to increase awareness and to let people know that we exist.”

Sponsor Mrs. Ana Castro (Spanish) found that the event was very successful in accomplishing its goals. “The most important part of the event was to demonstrate cultural traditions, and everything was very authentic,” she said. “It was the first time that many of the students had the opportunity to experience a real Day of the Dead celebration, because most of them are not from Mexico. Also, it was good for my students to experience college life, so that when they go to college, they know how to network and get involved in organizations. I think that it went very well overall.”