Courier cutbacks: the impact of changes at Louisville’s daily paper 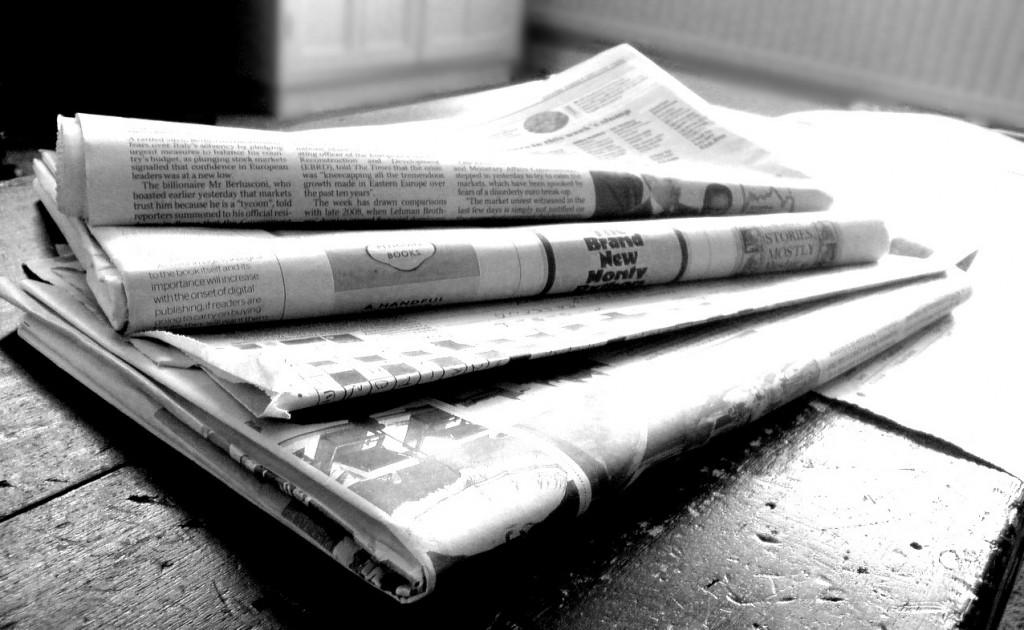 Severe cutbacks to The Courier-Journal over the past year have had an immense and negative effect on the newspaper’s reporting.  The quality of news in local papers like the Courier has been sliding for the past few years, but the Courier is now snowballing downhill. Comparing the articles written over the past month with articles produced during a thirty-day period one year ago proves just how lackluster the Courier has become.

This past October, students in the duPont Manual High School journalism program followed different local news sources (television channels WAVE, WHAS, WLKY, WDRB, and The Courier-Journal newspaper), recording the quantity and the content of stories, placing each news story into a certain category based on content.  After reviewing and compiling the data from each news source for a month, the results were compared to the data collected from the same sources in a similar study done in 2012.

The study showed that in both years, the Courier carried more news stories than the local TV news stations in several categories, including coverage of war and diplomacy, politics and government, business and economy, and articles pertaining to social issues, human interest, and/or education.  Some things have even improved. The percentage of stories discussing human interest, social issues, and/or education increased two percent. However, these small accomplishments don’t offset other negative changes in the Courier’s reporting.

Throughout the time that students tracked the Courier last year, the presidential election was coming to a close, which could have influenced the number of stories in the categories of politics and government.  In 2012, there were 80 political stories, making up a fourth of the stories, whereas this year there were only 57 stories, just 17% of total articles. Despite the lack of a presidential election this year, however, there were many political stories with local ties that could have been covered. Although the Courier carried some important events, such as Kentucky senator Mitch McConnell’s role in the recent government shutdown and accusations against Kentucky senator Rand Paul concerning plagiarism, other topics with significant impact on Kentucky, such as the on-going political battle over lifting the federal debt ceiling, were barely mentioned.

Television news is infamous for using stories that simply fill time, violating a crucial rule of journalism: make the important interesting, not the interesting important. Newspapers have traditionally done a good job in avoiding that problem.  In 2012, The Courier-Journal was no exception; stories that included celebrities or didn’t fit in any other category of news only took up 1% of its total reporting. However, in 2013, the percentage of stories in this makeshift category rose 3%, the same percentage that politics and government fell. In fact, the Courier rose from fourth place in total “fluff” stories to third place when compared to the three local television news stations.  Of all the changes that the Courier has made in the past year, raising the amount of stories in its news section that aren’t really news at all is one of the worst. This violates the previously mentioned rule of journalism, “Journalism must strive to make the significant interesting and relevant,” according to the Pew Research Journalism Project. This change should be embarrassing to a publication that, in the past, has won nine Pulitzer prizes spanning across the 20th century and as recently as 2005 for “Local General or Spot News Reporting” (won twice) and “International Reporting.”

The problem with “fluff” is not fixed, as one might assume, on the Courier’s website. In fact, if anything, it is worse. On November 7, 2013, the main page at the website was full of fluff news stories. “Bayh twins turn 18, prepare for college” was one of the several so-called news stories displayed. The article consisted of quotes from former Indiana Senator Evan Bayh about his children. A paragraph from the article reads as follows: “When Bayh told Susan that Beau had sealed the deal with Harvard’s lacrosse coach and she would be a ‘Harvard mom,’ Susan started to cry.” After repeatedly encouraging readers of their newspaper to go online, this didn’t seem to belong on the front page of the Courier’s website under “Top Stories.” It wasn’t a news story at all.

The Courier-Journal is following a sad national trend. In an annual report on American Journalism for 2013, PEJ’s stateofthemedia.org wrote: “Signs of the shrinking reporting power are documented throughout this year’s report. Estimates for newspaper newsroom cutbacks in 2012 put the industry down 30% since 2000 and below 40,000 full-time professional employees for the first time since 1978. (…) This adds up to a news industry that is more undermanned and unprepared to uncover stories, dig deep into emerging ones or to question information put into its hands. And findings from our new public opinion survey released in this report that the public is taking notice. Nearly one-third of the respondents (31%) have deserted a news outlet because it no longer provides the news and information they had grown accustomed to.”

An article by PEJ titled “How Americans Get TV News at Home” written during the past month states that “almost three out of four U.S. adults (71%) watch local television news.” This seems to show that people are looking at local news to cover the topics they are in the most need of knowing; The Courier-Journal is, it would seem, losing what little audience it has left to other local news sources.

The Courier-Journal has not hit complete rock bottom; there are still things that it is improving on. However, this year’s data shows that unless it gets back on its feet soon, the newspaper may have serious repercussions from their downsizing.