Students late due to train will receive an excused tardy 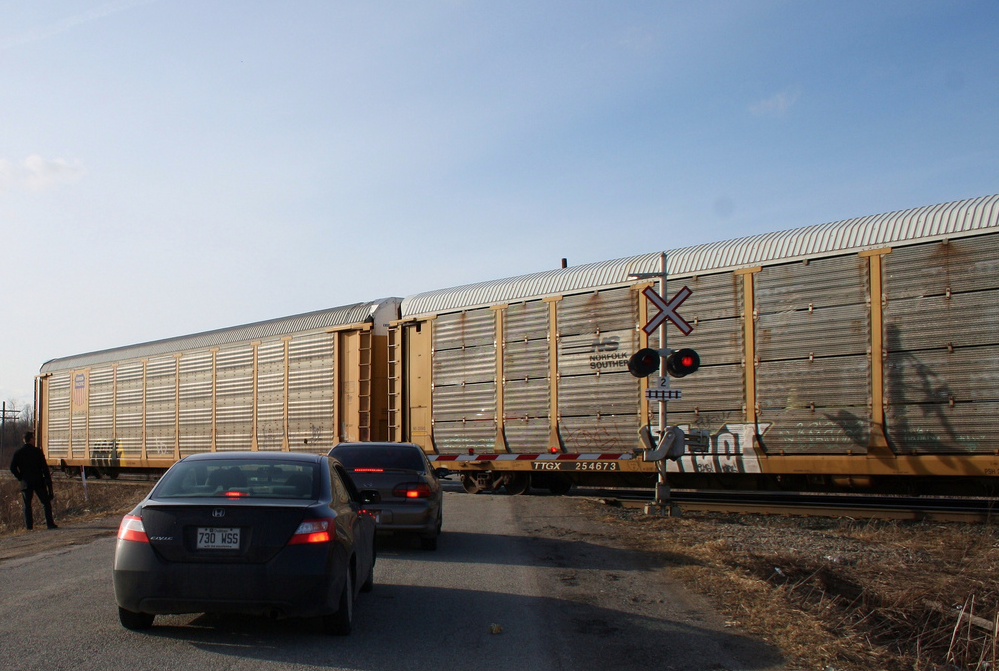 This year, students who must park their cars on the far side of the train tracks that run parallel to Brook Street have continued the dangerous habit of crossing the tracks while a train is stopped in order to avoid being considered tardy for school. What many do not know, however, is that being stopped by the train will be counted as an excused tardy by the attendance office.

“They’d be given a late pass just like people who have a late bus. Mr. Farmer’s always out there in the morning and he always sees when there’s a train, and our primary concern is that, not so much that the kids are tardy, but that we know the kids, not wanting to be tardy, are going to cross the tracks,”  said Assistant Principal Matt Kingsley. “It’s an issue because our kids don’t want to be considered tardy, and they will risk their lives to not get a tardy, which is crazy. We simply do not want kids to cross the tracks when there’s a train on them because once a train starts moving, it will not stop.”

When there is a train stuck on the tracks, Assistant Principal Darryl Farmer radios inside and alerts the other administrators and staff members of the situation, and not to count students stuck behind the train as tardy. “All they’ll have to do is come in and say ‘I was stuck behind the train’,” said Mr. Kingsley.

The issue was brought to the attention of the administrators by local residents, and Mr. Farmer confirmed to Principal Jerry Mayes that this has been a problem in the past. Mr. Mayes recently went over the intercom after the morning announcements to address the problem. “We want to be proactive, not reactive, so I issued the warning and caution request,” said Mr. Mayes.

No students have yet been disciplined for this action, and Mr. Mayes says that he does not expect to be forced to discipline anyone, and has one request for the students: “Please stay away– We do not want a tragedy to occur that could have been avoided.”

In addition to waiting for the train to go past, students also have the option of walking down to Cardinal Blvd. and going underneath the train tracks, according to Mr. Kingsley. “It may take them a little longer but it might be shorter than having to wait for the train.”

Another issue that has arisen with the current rules regarding school attendance. Students who are going to be more than thirty minutes late–the maximum time allotted before a detention is given to a late student–sometimes simply choose not to go to school at all since the disciplinary action is less.

“A detention’s a detention, but it’s just a half an hour, and a lot of times, people do their homework, so the cost-benefit analysis, when it comes down to it, it’s much better to come to school for the whole day than to skip school because you don’t want a detention. I don’t know what kids think a detention’s gonna do,” said Mr. Kingsley. “Kids don’t want it, I understand, but it’s not worth not coming to school that day.”