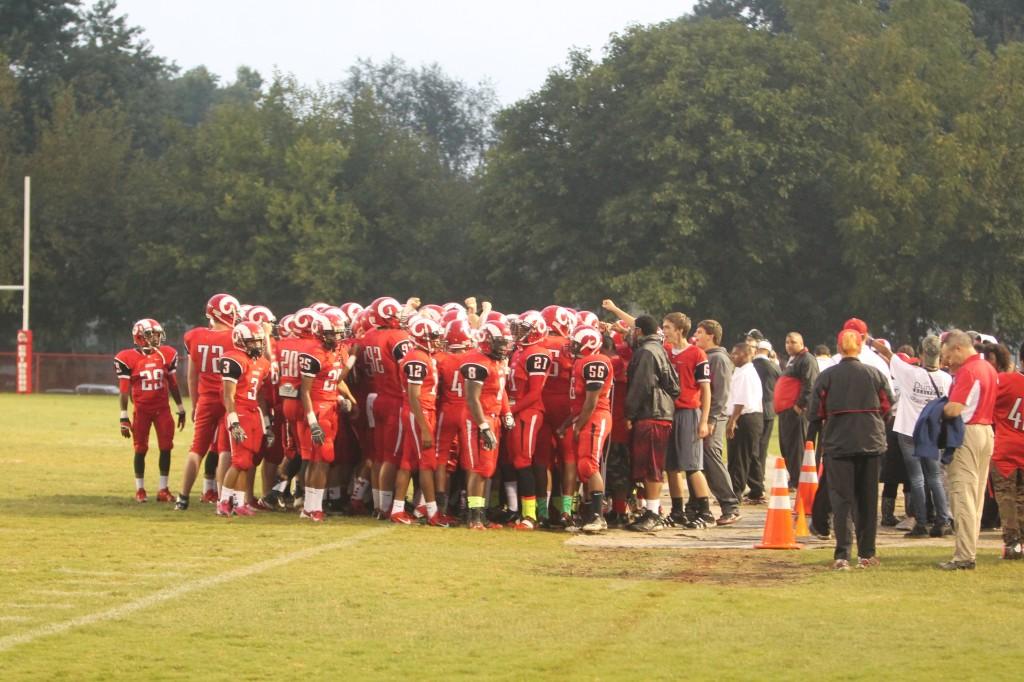 The Varsity football team held its annual “Chicken and Beans” spring scrimmage game on April 23 on the practice field. The white team beat the crimson team, 17-7.

“It was fun. We all played our hearts out,” Dyer said.

“I feel like we can win state this season,” Nero said. “We’re all on the same page.”

The annual “Chicken and Beans” game is more than a scrimmage, as it gives the coaching staff a glimpse of the upcoming season.

“Both sides played hard. I felt like we got to develop a lot of young players who got a chance to show up,” said Head Coach, Mr. Lucas. “For the upcoming season, I have nothing but positive thoughts. The Crimson nation ought to get excited.”