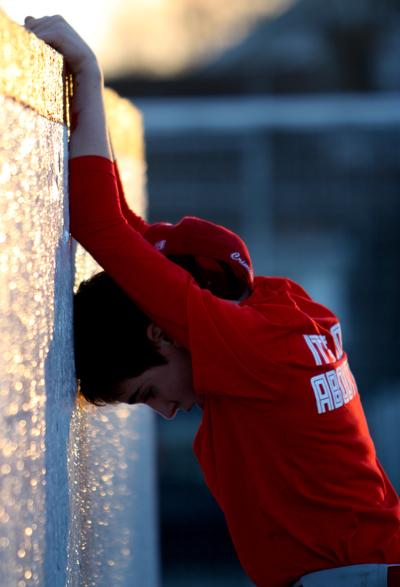 The baseball team’s season finally came to a close after a loss against the St. Xavier Tigers in the second round of the 7th Region Tournament at Jim Patterson Field on Tuesday night. The outcome of the game was far different from the previous meeting between the two teams; on April 26th, St. Xavier beat the Crimsons 10-1.

Jarrett Harness (11, #4) pitched a complete game for the Crimsons, allowing only three earned runs over seven innings of work. St. Xavier jumped out to an early 1-0 lead in the first inning following a throwing error by catcher Chris Gambert (10, #25). But the Crimsons refused to give up. They continued to fight back even after Josh Osbourne (12, #15) for the Tigers came in and hit a pinch-hit home run that pushed the lead to 5-1 in favor of St. Xavier.

Ben Cooper (11, #30) had a big day at the plate, coming up with 2 hits including a double down the right field line in the 5th inning. Trae Gordon (11, #8) also had an incredibly impressive series of feats in the bottom of the 6th inning. After singling to right field, Gordon proceeded to steal second base, tag up and advance to third base on a fly ball to left field, and score on a slow ground ball to the pitcher. Every observer in the park could see that Gordon was clearly the most athletic player on the field. Gordon is a dual sport athlete as well. He plays running back for the Crimsons and uses that speed to burn up the basepaths.

But in the end, the Crimsons fell 5-2 and all hopes of a run in the state tournament died as well. The team shared emotional hugs with one another and let the realization sink in that they were finally done. For some of the seniors, this was their final baseball game of their lives.

“It was a really hard idea to wrap my head around. I have been playing baseball every year since I was five years old. Now that it is finally over I don’t really know what to do with myself. It’s just this really numb and empty feeling,” said Cole Finke (12).

While nobody wants to end their season on a loss, the Crimsons have nothing to be ashamed of. Last season, the Crimsons also got knocked out in the second round of the regional tournament. But that team had 8 seniors, over half of which played college baseball.

“We knew we were gonna have our work cut out for us with all of those guys leaving, they were really good players. But we pulled together and really hit our stride with about a month left in the season. We had a lot of confidence going into the tournament too. I’m honestly just going to miss the seniors a lot. We have genuinely become brothers,” said Gambert.

The Crimsons finished with a final record of 19-15, finishing in first place in the 25th for the second year in a row. They had key wins against several top teams in the state, including Central Hardin, Butler, Madison Central, and North Bullitt. They also played several teams very close and ended up dropping games that were very close including St. Xavier, Ballard and Eastern.

“Aside from our bullpen (relief pitchers) we aren’t really losing much. I’m sad to see the seniors go but I’m also excited to see how far we can go next year,” said Harness.