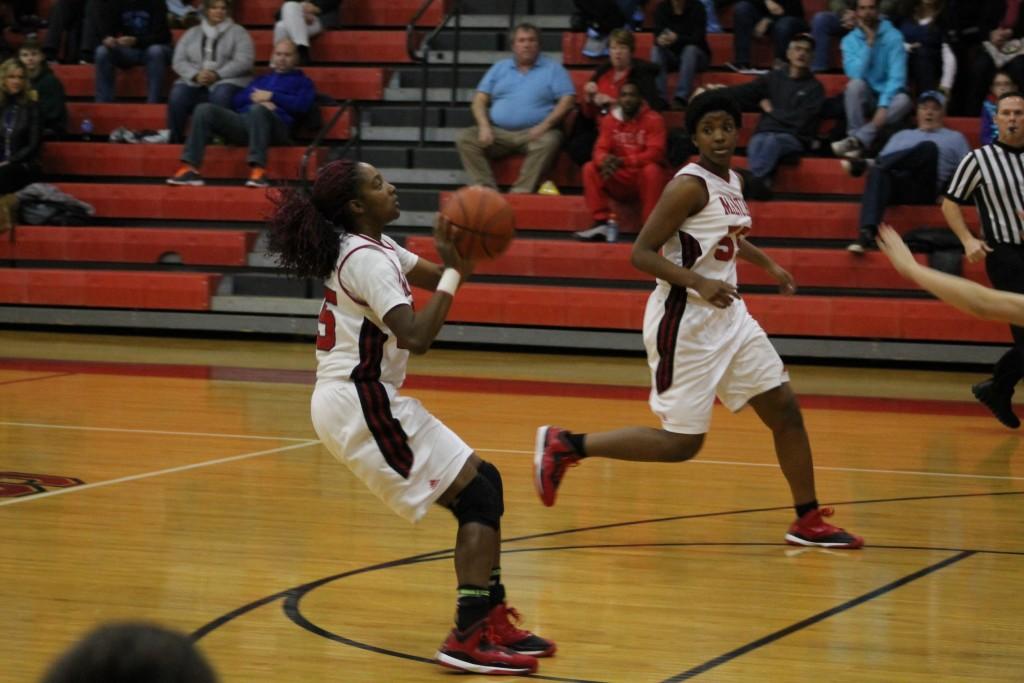 The Lady Crimsons defeated Mercy last Tuesday by a relatively small margin of 67-65. Manual traded points with Mercy throughout the game, for the players generally answered opposing points right back with points of their own. Mercy lead Manual 37-35 at halftime.  Manual won the game predominantly because of their defense, according to Head Coach Jeffrey Sparks.

“We did a pretty good job, better in the second half than the first half,” Sparks said. “We had to get after it defensively in order to win. Mercy is a very tough team, and it is always a battle when we play them.”

Mercy did a great job moving the ball around to their best shooters. Mercy’s Mallory Martin caused Manual some confusion throughout the game as the Crimsons had no answer to her never-ending three-point shooting.

The Mercy game was a competitive game up until the final moments when Krystalline McCune (11, #55) forced a turnover to seal the victory.

“Emotionally you have to be invested in the possession,” Sparks said. “We hit enough free throws throughout the game in order to give us the final two point lead and our defense did what it had to do in order to win,” Sparks said.

“Defensively we really played well on Mallory Martin,” MacBlane said. “She is a very good player and can score from anywhere but we played well on her. We do have to talk more in order to communicate better on defense though.”