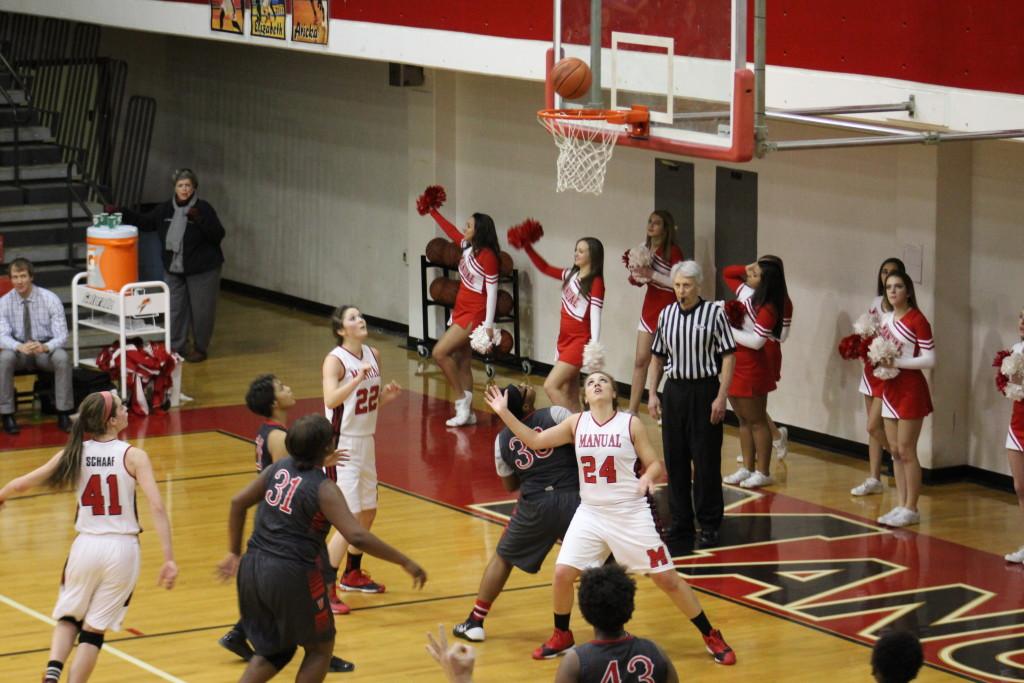 The teams were tied for a portion of the first quarter, but Manual fought back against the Wildcat defense, finishing the quarter with an 11 point lead. The Crimsons kept their lead for the rest of the game.

Manual’s impressive offense contributed to their substantial lead. Their girls had 13 assists and 12 turnovers against the Wildcats.

Sydney MacBlane (11, #22) said that team cohesion prevented Waggener’s aggressive defense from taking advantage of the team. MacBlane had 20 points, two assists and 10 rebounds in the game.

MacBlane also said that the team needs to continue working on free-throws. The Lady Crimsons currently have a 61 free-throw percentage for this season.

Coach Jeff Sparks (Social Studies) said that he plans to bring more competition into practice to prepare his team for next week’s games.

“We just played [Male] in the LIT, so we’ve already played them once,” he said. “We had a big lead and we gave it away. I think that is still fresh in our minds. We definitely don’t want that to happen again. Hopefully we’ll have a good week at practice to prevent it.”