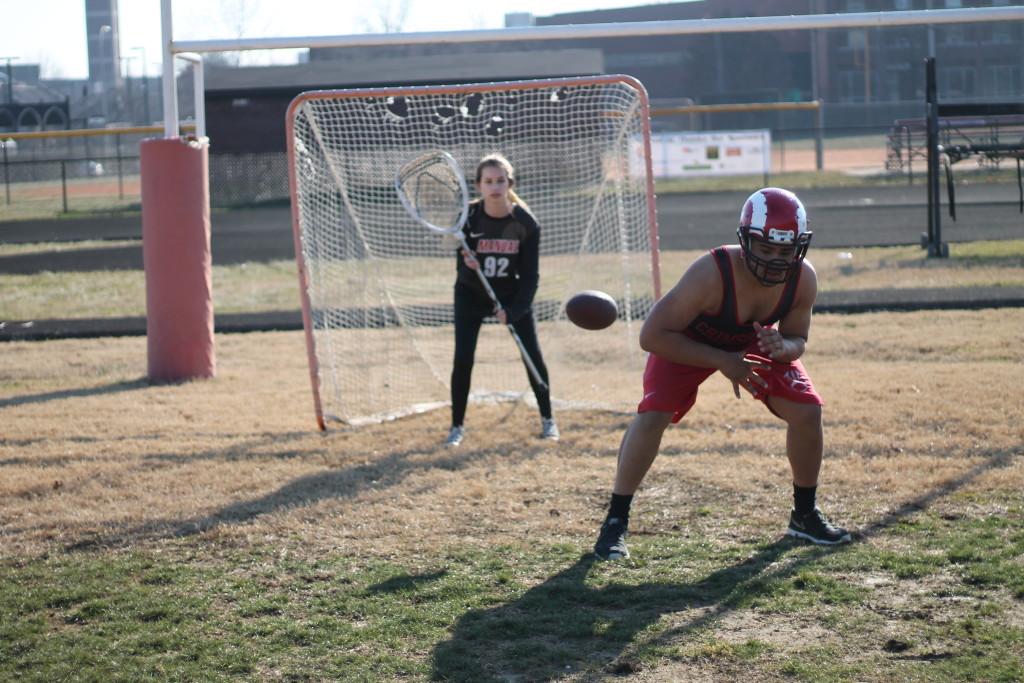 For decades, the majority of high school student athletes played multiple sports. Famous athletes like Michael Jordan (basketball and baseball), Bo Jackson (baseball and football) and Mickey Mantle (football, basketball and baseball) would play multiple sports. However, the amount of multi-sport athletes has dramatically decreased over the past 25 years. This is due to an increase of high school students playing sports. According to a survey from the National Federation of State High School Associations, participation in high school sports has risen nationally from more than 5.3 million people in the early 1990s to 7.4 million now. At Manual, 34 student athletes played two or more sports in the 2013-2014 school year. That is down from the 39 student athletes that played multiple sports in the 2012-2013 school year.

Athletes play multiple sports to get an opportunity to play competitively year around, instead of having an off-season. This feeds on an athlete’s competitive spirit to play games, instead of just practicing and conditioning.

“My competitive edge when I wrestle is that I’m in much better shape for football, and because I play football, I’m much stronger when I wrestle,” Hayden Vinegar (12, HSU) said. “It works both ways.”

“I just love playing both lacrosse and field hockey,” Skye Spalding (10, J&C) said. “I don’t think it was ever really a decision, it was just two things that I loved and I didn’t see why I had to give up one.”

Historically, high school athletes would play multiple sports throughout the school year to stay in shape and be able to compete competitively. However, since the emergence of the Amateur Athletic Union (AAU), along with the increase of more high school students playing sports, student athletes have slowly moved to a more single sport culture.

“They either want to focus on one sport, or they don’t think that they have the time or the energy to play both sports,” Spalding said. “But I think that playing two sports helps you in both sports.”

“It’s really big to focus on one sport and give all of your attention to that one sport,” Vinegar said. “When in reality, playing multiple sports can help you as well.”

There are many benefits to playing two or more sports. As mentioned earlier, playing different sports throughout the year allows student athletes to maintain a competitive edge, which that helps student athletes in both the sports that the athlete plays.

“It definitely helps with keeping a competitive edge and staying in shape, and it also helps the drive for playing as a Crimson,” Spalding said.

Playing two sports has given Vinegar the opportunity to wrestle in college.

“It gives me double the opportunity to go to college on scholarship and to play sports and be a student athlete,” Vinegar said.” I’m trying to wrestle in college; my first choices right now are Saint Catherine, Lindenwood, Lindsey Wilson, and Campbellsville.”