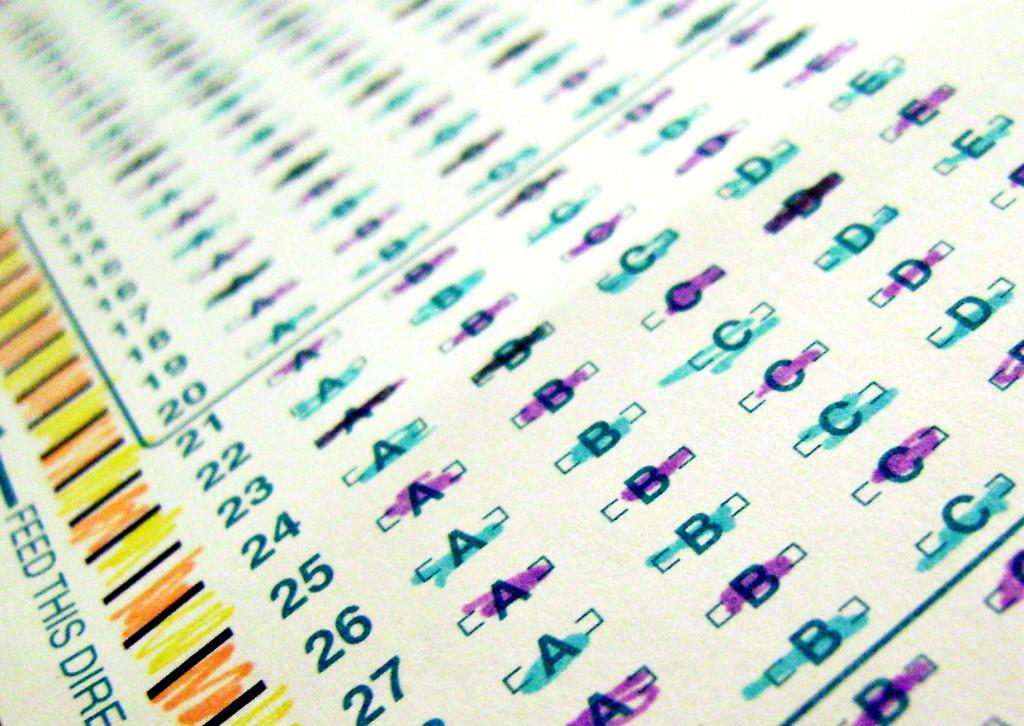 With upcoming ACT test dates in March and April, students are investing time and money in ACT preparation and studying—but some of that effort may not be worthwhile.

Though some students, parents, and teachers are skeptical of the merit of the ACT as a measure of academic ability (and justifiably so), the test remains a mainstay when it comes to college admissions. Consequently, many students seek help in preparing for the exam. 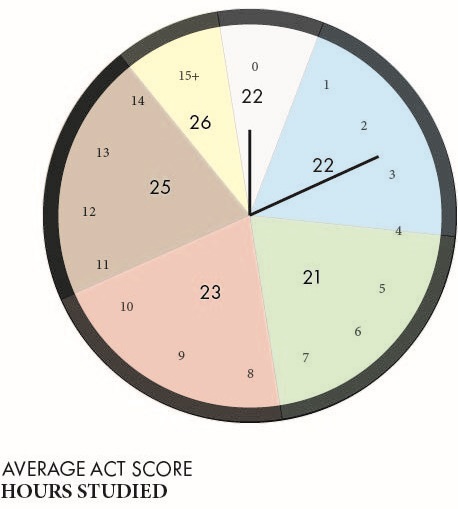 “I took a class that was the biggest waste of forty dollars that I’ve ever incurred in my life,” said Austin Stollhaus (12, HSU).

Stollhaus attributes his score of 35 (out of a possible 36) partially to his preparation, though he contends that other factors were likely more important. “I think the studying I did to up my math score was pretty helpful, but I think actually taking pre-cal and learning the content may have been more so,” he said.

Ms. Alesia Williams (English) will administer a practice ACT after school on Feb. 25. She argues that external tutoring may be unnecessary because Manual provides the Triumph College Admissions (TCA) preparatory software to all students for free. “Manual pays for all of our students to be able to use TCA prep online,” she said. “The good thing about that is that it can tell you exactly what you need to work on rather than a general approach.”

Despite access to numerous resources, many Manual students don’t prepare much for the ACT. Analysis of data from a survey of 115 Manual juniors and seniors revealed that over one-third had done no preparatory work whatsoever.

Students who had not studied scored all over the spectrum, but were overall much more likely to have scores under 20 on the 36 point-scale.

Average test scores for those who did between 0-9 hours of preparation remained constant at about 22 points, and test scores didn’t actually improve until students had invested about 10-14 hours in studying for the exam. We found that ACT prep was most helpful overall when it was balanced around 15 hours total.

Students who studied for over 15 hours consistently earned the highest marks, but got significantly less marginal benefit per hour than those who remained in the 10-14 hour range.

Manual students seeking to score well on the ACT without overexerting themselves or breaking the bank should keep these things in mind:

1) Students should not invest in ACT prep if they plan to spend fewer than 10 hours on it.

The data showed that those who spent time studying for the ACT but limited their preparation to fewer than 10 hours generally wasted their time, showing little to no improvement—small or large scale. In fact, students who spent between 5 and 9 hours preparing for the ACT actually saw their scores decrease slightly, on average. 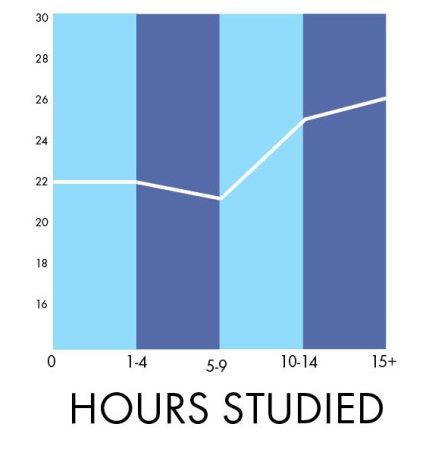 It’s reasonable to think of ACT prep as a safety net that benefits people with low scores, rather than helping those who consistently earn composite scores in the 30s. People who spent large amounts of time preparing tended to perform better–not because they were likely to ace the test, but because they were much less likely to fail it. Test prep was over five times more efficient for study participants who initially scored a 26 or lower, who improved their scores .841 points per hour, compared to students who scored 27 or higher, who only gained .157 points on average per hour of prep.

3) The effectiveness of studying starts to fall off after about 18 hours.

While some students dedicated over 150 hours to studying for the ACT (yes, really), those additional sessions may not have helped them improve their scores by much. Many who spent over 20 hours practicing for the test showed little improvement, and some never crossed the 30 point threshold.

4) Last year’s data seems to point to about 15 hours in total study time as a healthy way to boost scores by a few points.

This analysis does have its limitations, as it did not take into account how or where people studied. One type of preparation in a specific subject area may be particularly helpful to a certain type of student. Furthermore, this study is one of ACT metadata, meaning that it’s helpful for analyzing general trends, not necessarily individual people or learning styles. Still, with the wide array of practice resources available at Manual, it’s better for students to gauge where they stand and study accordingly.