Manual legend passes away at 72 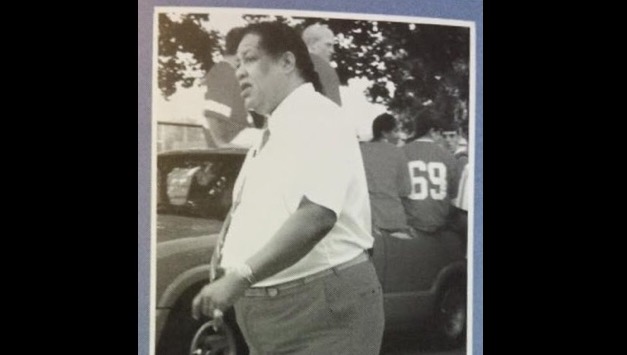 Ms. Alana Alford (Art) was both a student and a teacher at Manual while Garvin was here.

“He was always really friendly,” Ms. Alford said. “I’ve heard from so many teachers that he was almost like a counselor. He helped many kids, who nobody else may have understood. He was well worth his years.”

Mr. Jerry Mayes (Principal) was a Manual teacher and football coach in the nineties, and referred to Big Gene as “Papa Bear.”

“His strength was his kindness. Kids loved him because they knew where he stood on things,” Mr. Mayes said.

At Garvin’s wake on Thursday, Mr. Mayes noticed that everyone there, including former students, had a “Big Gene” story to tell.

“I just thought, ‘How many lives did he touch?’ He was a true legend,” Mr. Mayes said.

Ms. Nicole Finley (English) remembered Garvin as a friend as well, from her days as a student in the late ’80s and early ’90s.

“There used to be a hole on the side of the fence on the other side of the football field. During lunch we’d see where [Garvin] was, and we’d dart across the football field, climb through the hole, and go to Taco Bell,” Ms. Finley said. “Right when we’d be checking out, here he comes rolling through the door saying, ‘You might want to order two of those.’ Each of us would have to order him a bean burrito and soft taco so he wouldn’t tell on us.”

Garvin had three children, eight grandchildren, and nine great-grandchildren. His obituary and other information can be found here.