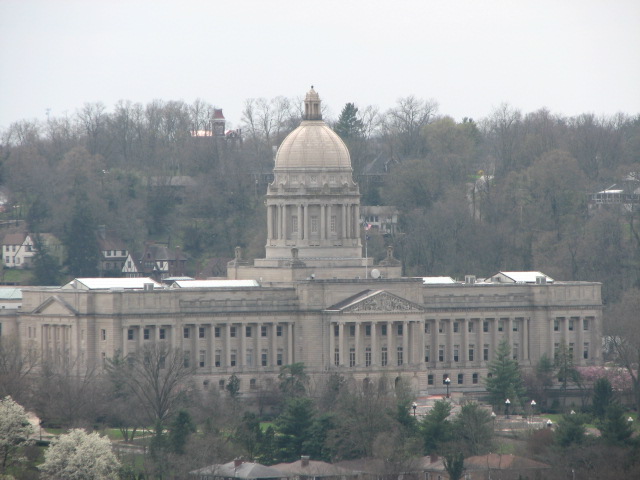 The Kentucky State Senate has eliminated language in House Bill 4 that advocates for $3.3 billion in bonds to support the underfunded Kentucky Teachers’ Retirement System (KTRS). The revised bill passed with a 26-10 vote.

Senate Republicans have outlined as an alternative a 12 person, bipartisan task force of House and Senate members that would study the teacher pension system for the next several months and make policy recommendations by mid-December.

Republican Senate President Robert Stivers deemed the original bond bill “not prudent” and argued that even if the state failed to pass any legislation, the KTRS would still be able to pay out pensions for the next thirteen years.

House Speaker Greg Stumbo, HB 4’s original sponsor, conceded that the Senate proposal is “not a bad plan,” though, according to the Courier Journal, he warned that delaying the legislation would jeopardize access to current favorable interest rates.

Manual teacher Dr. Randolph Wieck (Social Studies) supports the modification to HB 4, claiming that funneling more money into the KTRS via bonding may not be the best solution.

“If the Senate is going to allow thirty three hundred millions of dollars to be given to KTRS, they have a right…to know exactly how that money will be used,” he said. “The overall picture is that bonds are simply covering debt with more debt. They’re a cruel joke.”

Wieck filed a class-action lawsuit against the KTRS in November 2014, alleging that officials have been remiss in addressing the chronic underfunding for teacher pensions and that the KTRS has not been transparent about its investments.

The KTRS currently has nearly 50 limited partnership investment contracts. According to Edward Siedle, business contributor at Forbes, these investments were made without competitive bidding and details about the contracts are secret to the public.

KTRS’ 2014 Internal Control Report states that 7.7 percent of its assets are committed to alternative investments and real estate.

Brent McKim, President of the Jefferson County Teachers’ Association (which previously chose to abstain from taking any legal action against the KTRS), argues that the original legislation described in HB 4 would most effectively fund the teacher pension system.

“We are firmly opposed to the modification that the Senate Education Committee made to House Bill 4,” he said. “We think the plan that is included in House Bill 4 is a reasonable plan given the realities of our state budget… This gives the state time to step into its full payment while still making the full payment, so it has both an immediate and a long-term impact.”

McKim also believes that because the KTRS’ operating costs are so low, there is no reason to believe that its officials are mismanaging the funds.

“We know that there is not a problem with those kinds of fees because the administrative overhead of KTRS is well below the national average for other similar funds,” he said. “Part of the reason that they are below average in their costs is that they are able to negotiate lower cost arrangements with some third party vendors. It would actually raise the cost to operate the system if you took away their ability to negotiate better deals.”

Approximately 146,000 active and retired teachers are members of the KTRS, a subset of Kentucky government created in 1938 to provide pension benefits to teachers. Teachers regularly allot a portion of their salary to the fund, and the state is expected to make annual contributions.

The state has not set aside their required pension commitment since 2008. New Government Accounting Standards Board policies decreased KTRS’ funding level from 52 to 45.6 percent last year, and KTRS officials state that without issuing bonds, the number could drop to 42 percent.