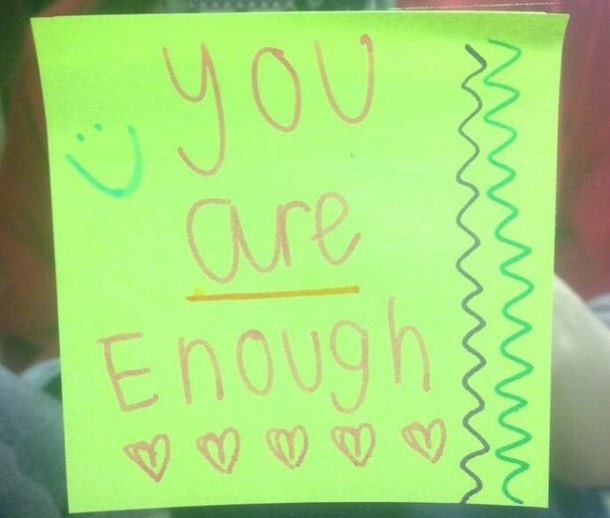 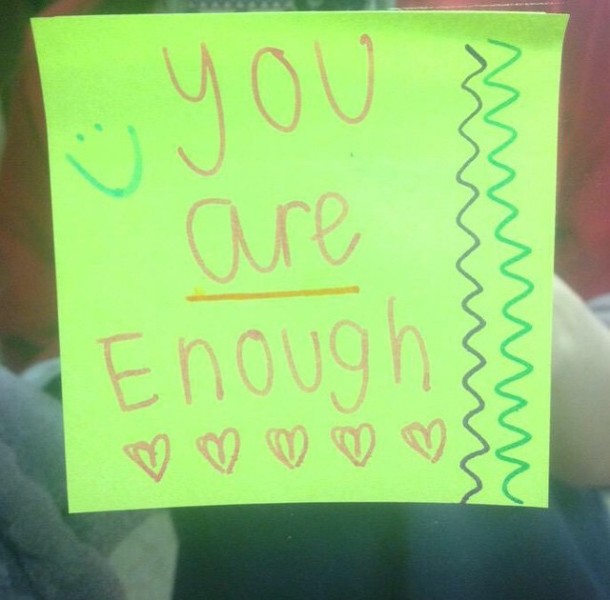 Upon entering the girls’ restrooms this week, many students were taken aback by the colorful Post-It notes stuck on and around the mirrors. The notes featured encouraging assurances such as “you are enough” and “flowers grow back even after they are stepped on, and so will you.” Some students even began to leave messages of thanks in response.

The brain behind these notes is Shelby Stills (11, YPAS).

“A while back, I came across this website, Operation Beautiful, and since then, I have been inspired to spread positive vibes to people who might be having a bad day and to help girls transform the way they see themselves,” Stills said. “It’s my mission to try and let girls know that it’s not always about what’s on the outside and that they should see past the mirror because they are so much more than that.”

Many who had the opportunity to see the notes appreciated such a public example of girl-on-girl positivity.

“When I first saw the notes, I thought they were extremely cute and creative,” Vaannila Annadurai (10, MST) said. “In a stressful, competitive environment like Manual, it’s easy to feel down about yourself and these notes were uplifting. They brought a smile to my face, and I think it’s incredible that someone took time out of their schedule to help other people realize their worth.”

“It was nice to have a little pick me up note to make me feel better in the middle of the day,” Lydia Mason (10, MST) added. “I think it’s nice that someone would take the time to do it.”

According to Stills, the project elicited a favorable response all over the school.

“I got a pretty positive reaction,” she said. “It makes me so happy to hear girls talk about the sweet notes they saw on the mirrors. A lot of people told me that it made them smile and that was my goal. Even some female teachers were talking about it. I think the girls at Manual really appreciate the fact that someone out there cares, and I’m glad that I could be the one to prove it.”

Stills believes that although girls’ low self-esteem is a widespread problem, it is especially pertinent to Manual students because of the intense pressure to succeed.

“I know a lot of girls at Manual struggle to believe that they are beautiful and that they are worth it, but I want to show them that they are,” Stills said. “We as girls in general need to stick together. We need to stop putting down other girls because of who they are or what they look like. Girls should not be against other girls.”

According to Stills, the notes were discarded after one day (likely, she believes, by a school janitor), and she is planning to write a letter to Principal Mayes about their premature removal.