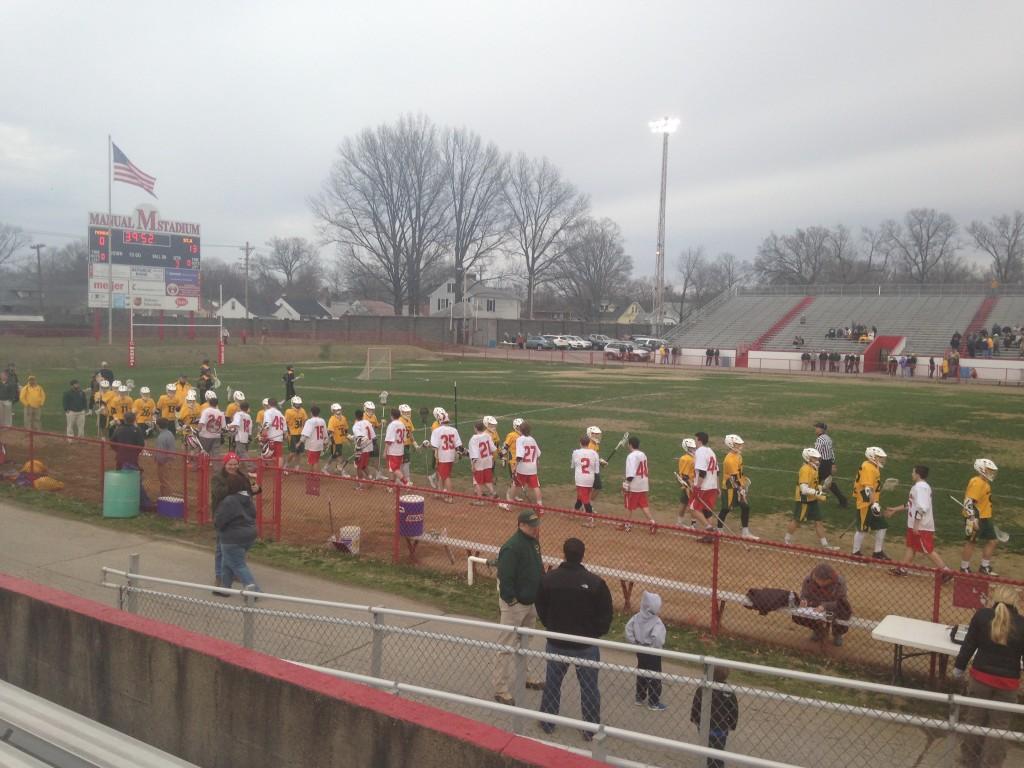 The Manual boys’ lacrosse team lost 24-1 against St. Xavier in their first home game of the season on Wednesday, March 18. The first half was a devastating one for Manual as the Tigers racked up 18 goals. The Crimsons fared slightly better in the second half as they held St. X to five goals and scored once. Brenton Wolford (12, #10) was the sole Manual player to score for Manual.

“We rallied in the last two minutes of the second quarter,” head coach Nathan Moore said. “We had to start working as a team and as a unit. We focus on playing with ferocity and we did that for the entire second half.”

St. X won all but one face-off and scored an average of once every minute in the first half. Manual seemed to have no answer for the plays the Tigers ran.

“In the 21 minutes of the game, I’d give our defense a ‘D,'” Moore said. “They didn’t communicate and you can see what happened. They got 18 unanswered points.”

St. X is ranked first in the state of Kentucky, and 43rd in the nation. The Tigers have won the KHSAA State Championship every year since 2008.

“We got scored on less and our defense played with a lot of heart,” John Biggs (12, #12) said. “St. X has a lot of talent and we wanted to prove we are better than our score last year and we proved it, our defense couldn’t have been better the second half,” Biggs said.

Last year, the St. X Tigers defeated Manual 32-2, the largest margin of defeat of any team in the country.

Manual’s next game will be at home this Friday against Kentucky Country Day (KCD) at 7:30 p.m.