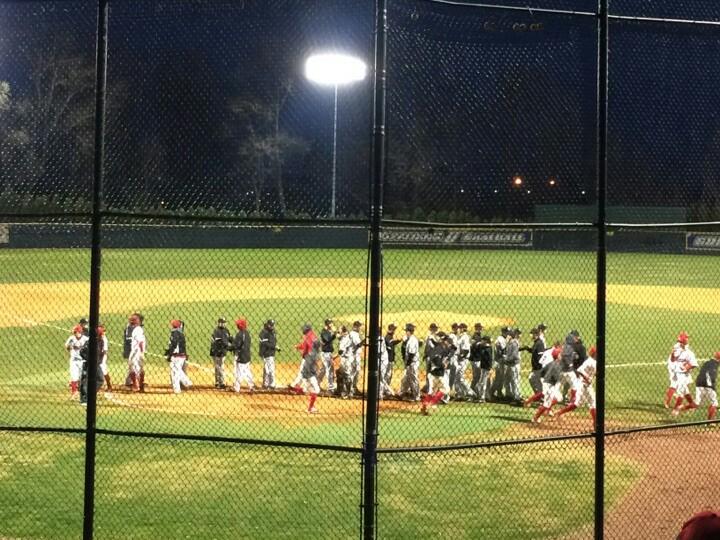 Collins began the game at a blistering pace, scoring three runs in the first inning alone. Manual’s offense had no answer for them, failing to get a run in their first at bat. This problem was made worse in the second inning after an RBI double and a first base error led to three runs for Collins, putting them up 6-0. However, the second inning was the final time Collins would score for the night.

“Tate stepped up really well,” said Davis. “He has a lot of confidence when he steps up to pitch, and we all have confidence in him to do well.”

This defensive momentum helped put the offense back on track. Seemingly over their previous batting woes, the Crimsons were set off in the fifth inning after Aubrey Lipscomb (12, #3) delivered an RBI double to give Manual their first run of the game. the next batter, Trae Gordon (12, #8) was then walked, loading the bases for Manual. This spark led Manual to finish out the inning with three more runs after two others were walked in. Two more RBIs in the sixth inning, one by Davis and another by Lipscomb put the Crimsons within one going into the seventh and final inning.

“When we got up to 6-5 we knew that we had to keep going. Once we had the momentum on our side we had to keep the ball rolling, and Aubrey stepped up big for us,” said Davis.

Despite their best efforts, and a double by Chris Gambert (11, #25), the Crimsons could not pull off the comeback.

“We may have come up short, but at the end of the day we didn’t quit and we kept fighting. That’s the big thing, even though we didn’t come out with the W,” said Davis.

This loss drops the Crimsons to 3-3 on the season. The Crimsons will get their next shot on Monday, March 30 when they take on North Hardin at Derby City at 6 PM. 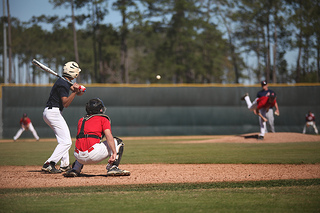