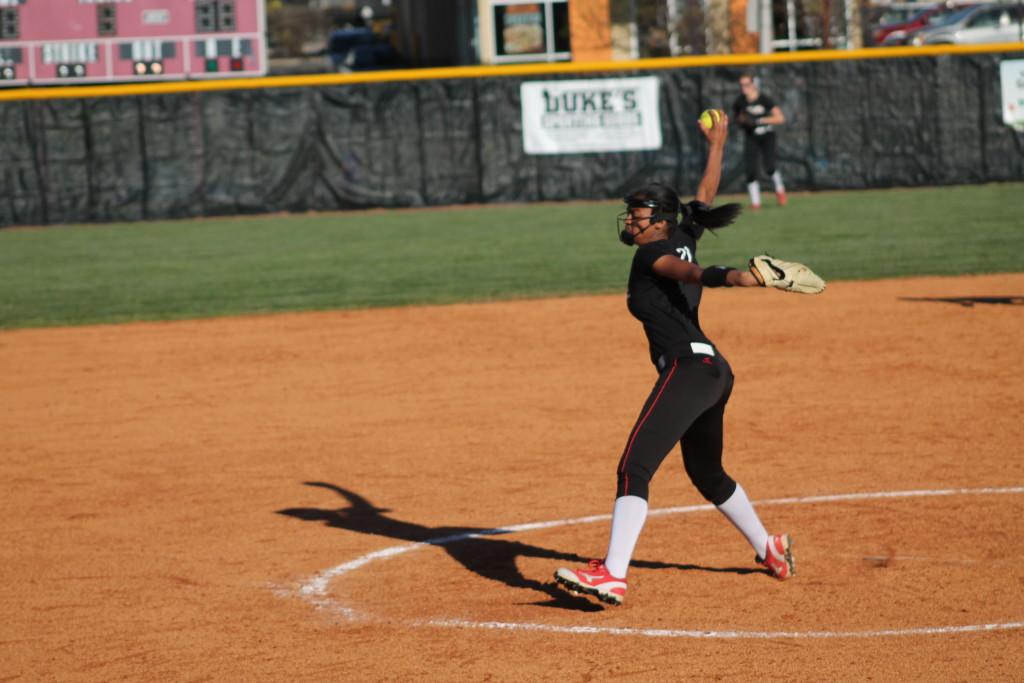 A clash between two of the top teams in the state ended toughly for Manual, as they suffered a 3-1 defeat at the hands of the Ballard Bruins.

The Crimsons are now 7-4 on the season.

The game started well for Manual, after pitcher Madison Williams (11, #21) had two strikeouts and allowed no hits in the first inning. The Crimsons then went to the bat, and Abigail Harper (11, #8) stole 3rd base after a single by Clare Hachten (12, #3), and proceeded to score after another single from Gracie Pounders (9, #20). However, Ballard took control after this, scoring three unanswered runs in the next three innings and holding Manual scoreless towards the end to secure their victory.

Manual players were in high spirits despite the loss.

“We played a good game,” second baseman Kristen Smith (11, #2) said. “We didn’t really make any errors. If we played them again we’d beat them.”

The Crimsons will have chance to redeem themselves tomorrow at Bullitt Central at 5 pm.