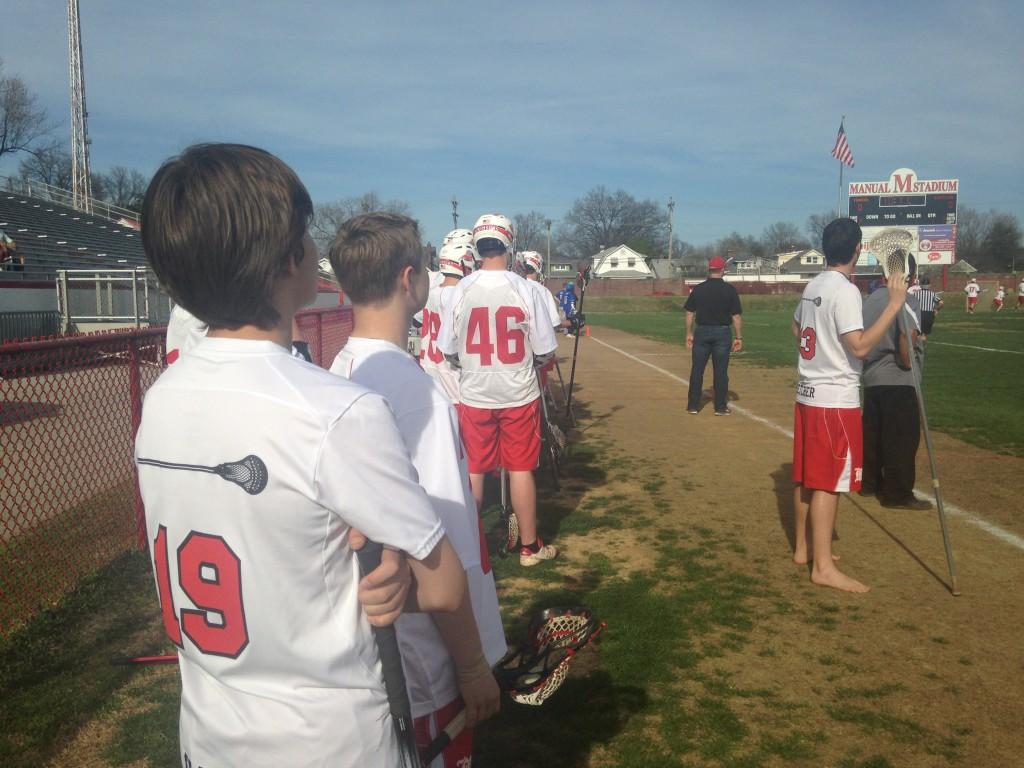 Manual boys’ varsity lacrosse found their second victory of the season against the Eastern Eagles at Manual Stadium on Wed, April 1. This win really helped show talent on Manual’s team. The stand out points were the defense and easy points off transition plays.

The team has really started working on their transition passes, according to head coach Nathan Moore. A transition pass is where the goalie passes the ball to a midfielder who is running in and takes a shot on goal.

“We noticed Eastern wasn’t able to stop our transition goals, so we exploited the weakness and they couldn’t slide to stop the play,” Moore said.

“Overall this is our best game all season,” Moore said. “Defense talked well and stayed physical the whole time. It was just an all-around great game for us.”

Manual’s offense continued to score during the game. With the help of team captain Brenton Wolford (12, #10) and Nick Brewer (11, #6), Manual outscored Eastern 10-4 for the entire second half.

“Offense did exactly what they’re supposed to do,” John Biggs (12, #14) said. “When you put 15 points up against a team like that, you should definitely win.”

Manual will face another tough match up with Ballard on Friday, April 3 at seven p.m. at Ballard.

“Some people think Ballard is the best public school team, but I respectfully disagree,” Moore said. “We’re getting ready by posting a win today, and we look forward to posting a win on Friday as well.”