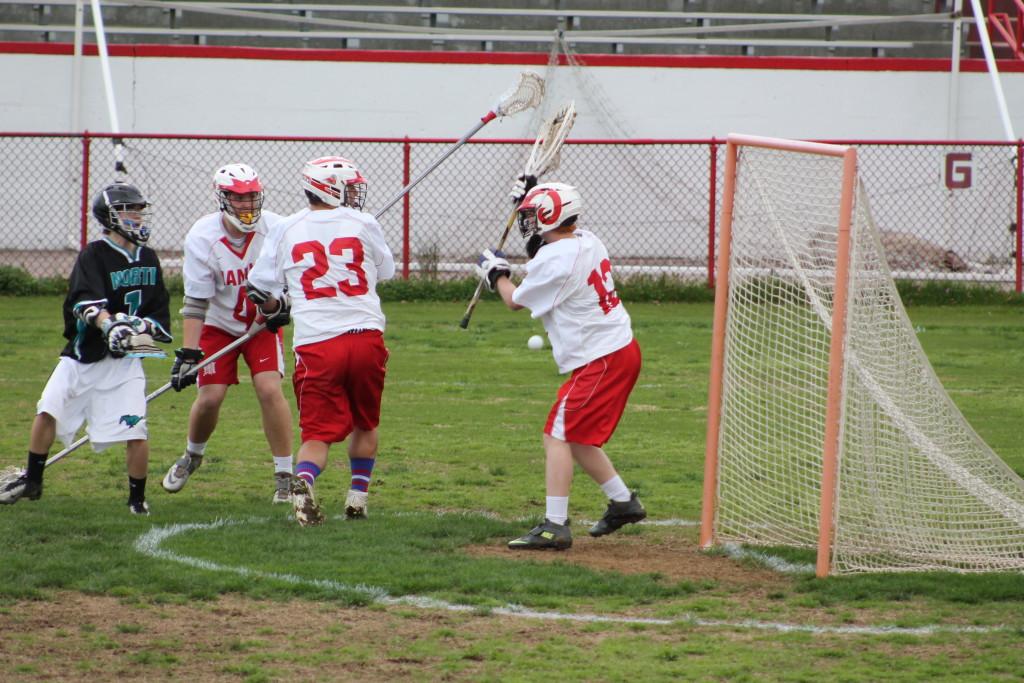 Goalie John Biggs (12, #12) prepares to block a shot on goal with his net. However, the ball instead hit Biggs in the side and missed the goal. 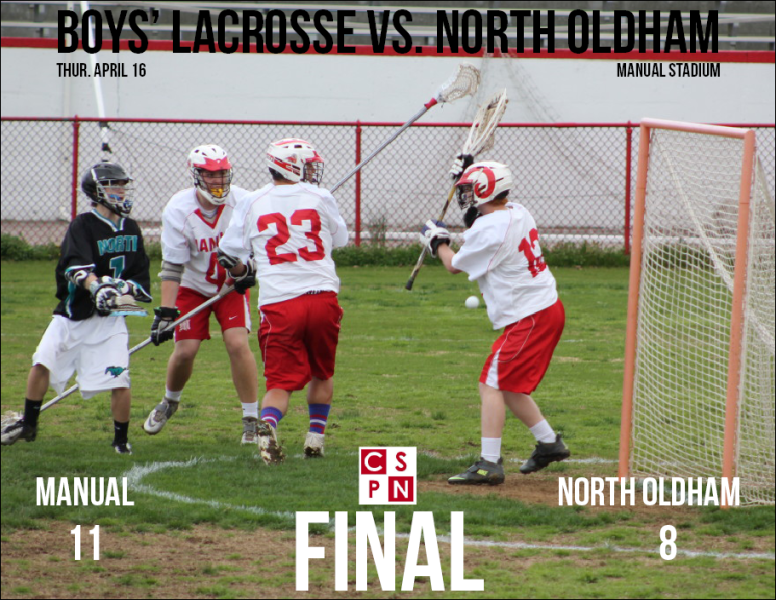 Manual varsity boys’ lacrosse defeated the North Oldham Mustangs 11-8 on Thur. April 16. The Crimsons were dominant on defense all night and was able to exploit the open holes in North Oldham’s defense to score consecutive goals throughout the game. Manual got a huge boost from their bench players tonight when they actively helped on the defensive side of the field, and when they helped players such as Nick Brewer (11, #6) score three goals.

“Today was a very gritty effort and I was pleased with our team,” head coach Nathan Moore said. “We came out a little flat which is something we’ve been working on.”

Manual was short-handed in the game, missing four or five players that Moore said would have started. The Crimsons were forced to play sophomore Jacob Davis (10, #13) from the start of the game.

“I’m proud of our bench,” Moore said. “We were able to put Jacob in, and not only did he start, he actively participated in the game as well.”

Manual’s defense was very active. The defense was clicking on all cylinders and allowed only a few shots on goal, which allowed goalie John Biggs (12, #14) a chance to stop most shots throughout the game.

“Our defense played fantastic,” Moore said. “We committed on the slides and made contact with each player. They couldn’t get past us. I don’t see [North Oldham] as an eight-goal team against us, but we won.”

The Crimsons’ offense didn’t play as well as the defense however, and were primarily able to score through the Mustangs’ defensive missteps.

“We used our ability to exploit the little holes in their defense to score, which is lucky for us because they had a few holes that they never fixed throughout the game,” Gabe Jackson (11, #17) said. “Our offense has done better before but in the end we won, and that’s all that matters.”

Manual’s next game will be at Lexington Catholic on Sat. April 18th.