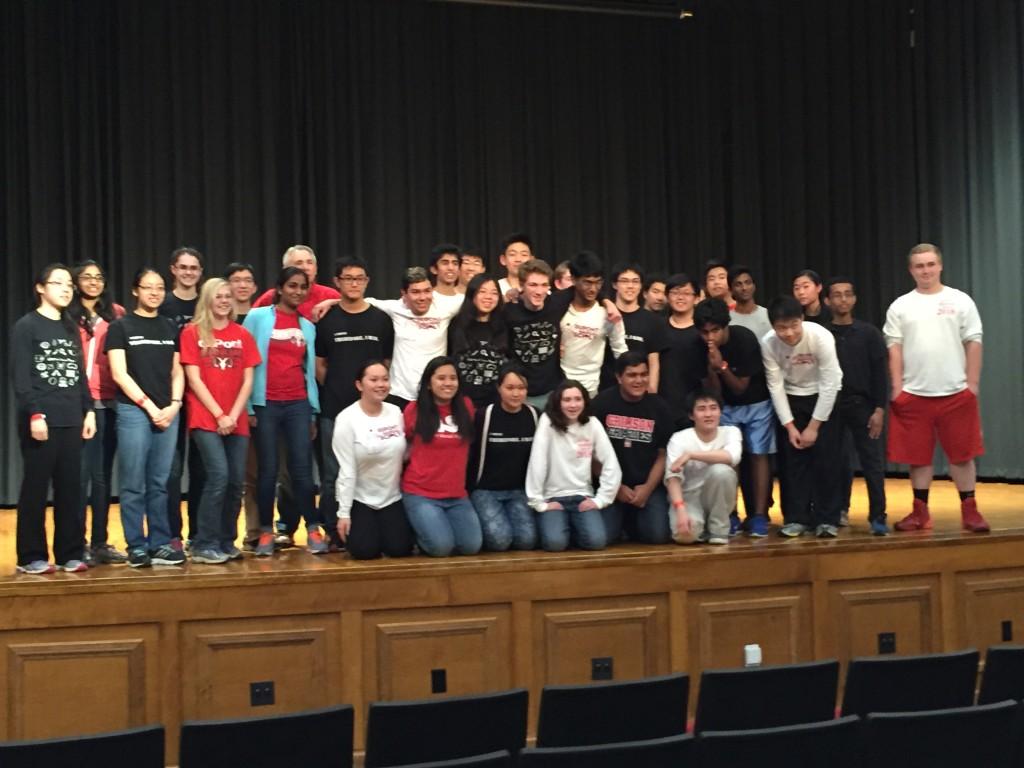 Based on the results of the regional competition earlier this year, Manual was able to field two teams to the state tournament.

Science Olympiad is a national competition in which teams of 15 students take part in 23 different science and engineering events ranging from Anatomy and Physiology to Chemistry Lab to Bungee Drop. Team scores are calculated by adding the individual ranks in each event, with the lowest-scoring overall team winning the championship title.

This year, Manual’s top team earned a cumulative score of 76, compared to Russell’s score of 65.

“While this wasn’t the ending I dreamt of to my seven-year Science Olympiad career, I couldn’t have asked for a better group of teammates to share it with,” senior club officer Yidi Huang (12, MST) said.

As the competitive season is over for the year, the team will now concentrate on expanding its scope for the 2015-2016 school year.

“Now we are going to focus on the Science Olympiad summer camp we are starting up this year,” junior officer Sarah Schwartz (11, MST) said. “It will be a fundraiser for the team along with some community outreach.”