OPINION: The problem with news coverage of police brutality 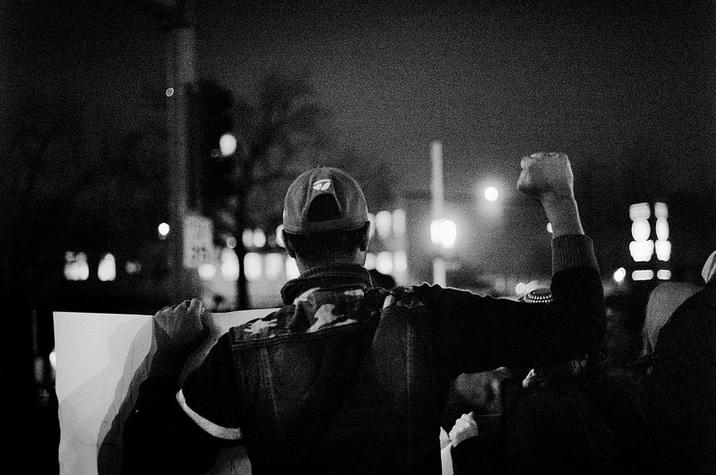 In the past week, public outrage has sparked after the death of Baltimore man Freddie Gray, who suffered a fatal spinal cord injury in the back of a police car on April 19. It’s not immediately clear what exactly caused Gray’s injury, but Police Commissioner Anthony Batts has officially stated that the officers who arrested Gray failed to buckle his seatbelt and did not take him to the hospital after he sustained his fatal injury. A May 1 medical examiner’s report ruled Gray’s death a homicide, and six police officers currently face charges ranging from second degree murder to illegal arrest. Baltimore residents protesting police brutality took to the streets, and a small group of demonstrators became violent. Since then, most of the media focus has been on the violent actions of some protesters rather than what happened to Gray.

This is not the first time the attention has been directed away from a victim of police brutality in this manner. On Aug. 9, 2014, officer Darren Wilson shot and killed 18-year-old Michael Brown in Ferguson, Mo. after Brown, whom police officers had accused of shoplifting from a convenience store, allegedly attempted to grab Wilson’s gun away from him. Brown’s dead body lay in the street for hours. Months later, the Ferguson grand jury elected not to indict Wilson on charges of murder. The protests in Ferguson and nearby St. Louis spread to other parts of the country. However, media focus soon turned to a minority of protesters who began toppling over cars and looting small businesses, including the one from which Brown allegedly shoplifted.

Weeks later, a jury in Staten Island made a similar decision not to indict NYPD officer Daniel Pantaleo, who killed black man Eric Garner by placing him in a chokehold until he died from asphyxiation. Garner had been accused of no crime other than selling loose cigarettes. Further, a video of the incident demonstrated that he had made no threats or attempts at violence toward the officer who killed him. Protests emerged in New York City; Miami; Berkeley, Calif. and other major cities. Though many of these demonstrations were nonviolent, some media outlets accused the protesters of being anti-police or even anarchist. This sentiment was only heightened after gunman Ismaaiyl Abdullah Brinsley shot and killed NYPD officers Wenjian Liu and Rafael Ramos, neither of whom had anything to do with the death of Eric Garner.

The problem in these situations is not just the ‘outside agitators’ who detracted from the peaceful protests by rioting. The problem also lies with the media for focusing on these incidents, failing to cover the much larger nonviolent demonstrations taking place. Though these riots are newsworthy and should be fairly covered, to make them the focal point of the story unfairly paints protesters as universally belligerent. The media’s immense influence unfairly takes away from the significance of the peaceful demonstrations, giving the public a skewed view of genuine injustices that must be addressed.

This issue is complex, and those in the media may have subconscious biases that they do not intend to convey in their reporting, but one potential reason why news outlets may distort coverage of largely peaceful protests is to appeal to viewers. The audience of most major TV news stations comprises primarily middle-aged or older white men and women. Older people tend to be more conservative and may be more receptive to a description of demonstrators as unpatriotic and unreasonable. Implicit prejudices and a tendency toward sensational reporting may also play a role in the media misrepresentation of protests.

In short, the movement against institutional police brutality has been unfairly hampered by the news media, which paints protesters as universally irrational, vicious and depraved. Reporting on violent riots is acceptable (and, indeed, is part of the whole story), but to present them as the focal point of the movement is incorrect and unethical. To fulfill their primary obligation to the truth, journalists must stop reporting with an anti-demonstrator bias and must instead focus on full-spectrum coverage of all events.