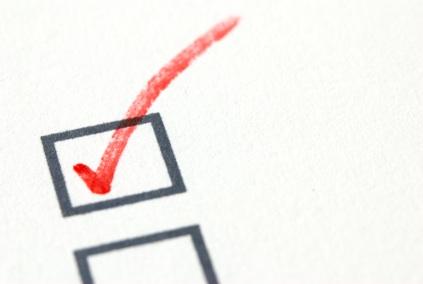 Red checkmark in a checkbox on white paper.

If you have not been living under the boulder of AP testing in the past few weeks (and many people have), you have no doubt been bombarded with political advertising from two groups of juniors that refer to themselves as “slates” who want to be elected as class officers.  For the uninitiated, the class office constitution states that class officers are charged with organizing class meetings, volunteer initiatives, class themes, fundraising efforts and even “t-shirt designs.”

The 20th election will be taken during homeroom, and pits ‘Slate 1,’ led by candidate Neha Srinivasan, against ‘Slate 2,’ led by Henry Owen.

For those of you looking for this election to be something more than a popularity contest, we have an analysis of the professed platforms of both parties.

Slate 1: -lower price of prom, says $30 tickets are not possible

Slate 2: -prom tickets under $30, make up cost through fundraising

Slate 2: -projects at Habitat for Humanity and Project Warm

-Leadership Forum for all club heads to interact and plan projects

Compared to Slate 1’s relative lack of concrete policy proposals offers stark contrast to Slate 2’s abundance of proposals, many of them ambitious, not all of them feasible.

Slate 2’s optimistic suggestion of prom tickets under 30 dollars, for instance, is possible but implausible, since the school does not directly set prom prices.

“They could technically pull $30 tickets off if they fundraise their butts off, but that probably isn’t going to happen,” said Assistant Principal Greg Kuhn.

Voters should adopt the same attitude towards claims of fee-waiver status for the prom.

“Prom could never be an ‘official fee waiver event,’” said Assistant Principal Dr. Matt Kingsley. “The only way they could really do that is if they paid for those kids out-of-pocket.”

Other proposals by Slate 2 are less far-fetched than you might expect. For instance, class trips to Cedar Point or Chicago are entirely plausible given appropriate coordination with class sponsors, and a pancake breakfast is something that the group is entirely able to do if they want to.

The price for these expensive promises is, well, the price. This ought to raise questions, since Athletic Director David Zuberer has casted doubts on one of the main fundraising outlets championed by both Slates: Intramural Sports.

“We can’t usually do intramurals in the fall since there’s really no athletic space for them, and during other times of year it’s hard for us to find staff to sponsor them,” said Zuberer.

Slate 2, on the other hand, has less to fact-check since they have fewer stated goals overall, which could be either a good or a bad thing depending on your perspective. Slate 2 will inevitably hold more appeal to those who are highly invested in fundraising and think that the class of 2016 could pull off money for a trip to Chicago or a cheap prom.

If you end up voting in favor of Slate 1, on the other hand, it is probably because you were more persuaded by expanded senior service opportunities or have more involvement with Steering Committee, which Slate 1 points to as a major source of future policy.